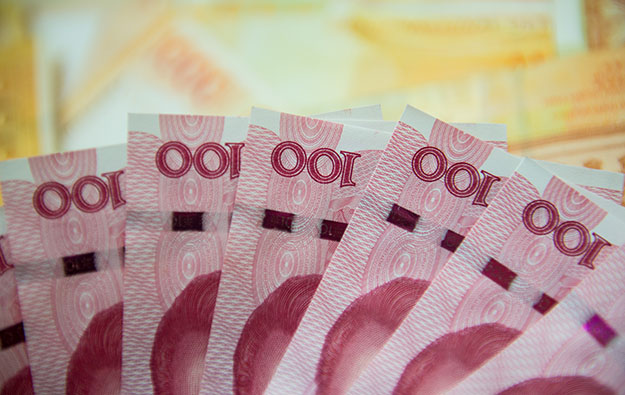 Were China’s central government-backed digital yuan (CNY) to be adopted in Macau for casino chip transactions, it could in the long run benefit mass and premium-mass play, as cross-border money transfer-processes for mainland Chinese consumers would be easier even if volume per player were controlled, suggests brokerage Sanford C. Bernstein in a research report issued on Friday.

Most casino bets in Macau are currently denominated in Hong Kong dollars, a currency pegged to the United States dollar. Players from the mainland must presently make foreign exchange transactions via routes including a bank automated teller machine or licensed currency exchange outlet. Prior to the Covid-19 pandemic, Macau had been cracking down on unlicensed money changing in and around the city’s casinos.

The Sanford Bernstein paper explores the development of China’s digital yuan and its implications for Macau.

The city’s casino regulator, the Gaming Inspection and Coordination Bureau, took the step in December of denying a Bloomberg report suggesting it had been in talks with the city’s casino operators on the possibility of using a virtual version of China’s currency – also sometimes referred to as digital renminbi (RMB) – on local gaming floors.

“…it would also allow easier money transfer, [and] eliminate the need to use intermediaries (like junkets, underground banks or pawnshops). Mass and premium-mass play could surely benefit due to ease of money flow,” the analysts noted.

Though they also observed that were daily-limits-per-player to be imposed on such transactions, “there could be a negative impact on casinos”.

The traditional role of Macau’s junkets is to handle money transfer for their patrons and extend them credit for VIP play in casinos, and arrange for collection of debts on losses at the table.

Sanford Bernstein also mentioned the role traditionally in Macau of pawnshops handling China UnionPay Co Ltd card transactions in order to effect movement of gambling money from the mainland to Macau. That route has also been squeezed in recent years by greater controls and oversight.

“The internationalisation” of China’s existing paper currency “could go a long way to increasing the probability” of it becoming the “standard currency in Macau,” said the report authors.

Making a digital revolution in Macau commerce would nonetheless be “a long process,” suggested the brokerage.

“Eventually digital transactions will be the norm and cash as we know it will be an historical relic. But this will be an evolutionary development that will likely take many years,” said the institution.

Macau recorded 69,279 visitor arrivals on the sixth day of the Chinese New Year (CNY) holiday period, showed official data. The city welcomed about 384,600 visitors in the first six days of the... END_OF_DOCUMENT_TOKEN_TO_BE_REPLACED