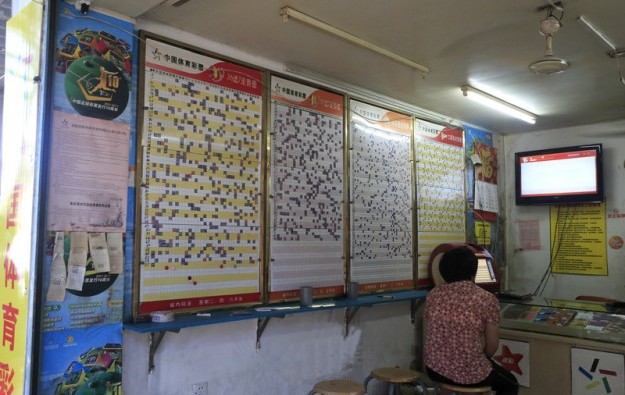 DJI Holdings Plc, a licensed promoter and distributor in mainland China of sports and welfare lottery products, announced that it has been authorised to begin a trial of sales via mobile phones of sports lottery products in Qingdao city, in Shandong province.

“Commencing with immediate effect, the trial of this approved mobile app is expected to generate revenues for DJI during October 2015,” the firm said in a press release.

The company said it hopes to extend mobile sales throughout Shandong province “upon a successful implementation of the trial”. The trial will be done via Qingdao Baifa Network Science Technology Service Co Ltd, in which DJI holds a 50-percent stake.

The company additionally said that Qingdao Baifa would make use of DJI’s “exclusive Chinese lottery relationships with both Arsenal and Manchester City football clubs to promote and support the mobile app”.

In September, DJI said it had reached a deal with English soccer club Arsenal F.C. making the club its official promotional partner in the Chinese lottery market.

“These partnerships enable DJI to further grow its footprint by leveraging a range of soccer club-related rights in China, offering lottery players unique and exclusive tailored content,” the firm said in its release.

“I am delighted that, despite the continuing suspension of online sales of lottery products in China, we now have an opportunity to recommence sales in a new area and utilise both our unique soccer club resources and sales channel partners to maximise this opportunity,” DJI chief executive, Darren Mercer, said in a prepared statement.

Online sales of mainland China lottery products are currently under a temporary suspension, a move that has hit several companies. In early April, eight Chinese government agencies confirmed a suspension of what they described as “unauthorised online lottery sales services”.

“The popularity of lottery products based around soccer was growing in excess of 200 percent year-on-year prior to the suspension of online sales. We believe that a full roll-out of the mobile app throughout Shandong, together with our unique positioning and promotional offers based on soccer, will quickly generate significant lottery revenues,” said Mr Mercer.

DJI in September reported a net loss for the first half of 2015 widened to GBP3.4 million (US$5.2 million), from GBP2.2 million in the prior-year period.

Sports lottery sales in Shandong province reached RMB10.5 billion (US$1.7 billion) in the first eight months of 2015, up by 10.4 percent year-on-year, showed official data from the country’s Ministry of Finance. According to DJI, the province contributes with almost 10 percent of total nationwide sports lottery sales.

Nationwide sports lottery sales between January and August declined by 4.2 percent year-on-year to RMB109.4 billion, according to official data.

China has moved one step closer towards reopening, by relaxing some its Covid-19 control measures, with most infected people now able to quarantine at home rather than in state-sanctioned... END_OF_DOCUMENT_TOKEN_TO_BE_REPLACED