Doing the Bally-SHFL shuffle in Asia 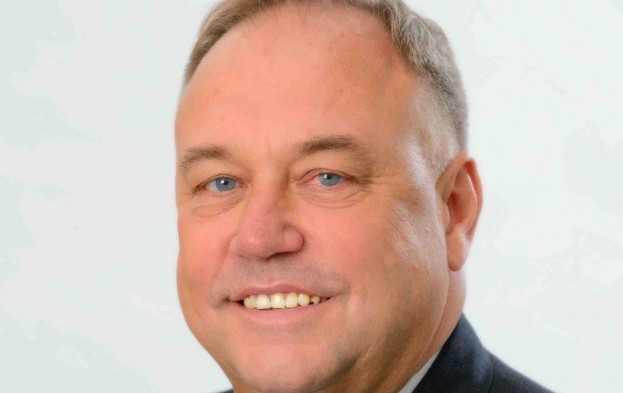 History suggests the relatively easy part of most company mergers or acquisitions is the financing, whether involving cash, leveraged debt, payments in kind or a combination of those things.

The harder part of the merger and acquisition process can be marrying corporate cultures, brand identities and product ranges, and keeping customers happy.

In November, when Nevada-based casino equipment maker Bally Technologies Inc concluded the US$1.3 billion acquisition of fellow Nevadan gaming supply firm SHFL entertainment Inc, investment analysts made much of the fact that there was minimal overlap between the two in terms of products and market segments.

That is not to say there was no overlap. While SHFL is perhaps best known globally for its electronic card shufflers, table equipment and electronic table games (ETGs), it also makes one of the best-selling progressive jackpot link systems in Asia, namely ‘Duo Fu Duo Cai’. The title, on SHFL’s Equinox slot cabinet platform, translates broadly as ‘A lot of luck. A lot of money’.

Bally Technologies is best known globally for slot machines and casino floor management systems, and produces its own Asian-themed progressive slot, called ‘Fu Dao Le’, which roughly translates from the Chinese as ‘Luck or fortune has arrived’.

Added to the already complex Bally-SHFL merger process is the pending acquisition of Bally Technologies by lottery equipment specialist Scientific Games Corp, in a US$5.1 billion leveraged deal announced on August 1 but not yet concluded.

Ken Jolly (pictured), vice president and managing director of Asia for the Bally-SHFL entities, told GGRAsia that until the Scientific Games acquisition is completed, it is precisely that – a pending deal ­– and it is business as usual at Bally-SHFL.

The focus currently is the fine-tuning of the Bally-SHFL merger. But Mr Jolly stressed that casino operators would not experience any difference in the service or products provided by the new entity.

“We want to be able to drive [uptake] of each of the cabinets that are right in particular markets. What’s right for Asia might not necessarily be right for South Africa,” he explained.

Getting the best and most appropriate content onto the most market-appropriate platform is another vital element in achieving success, added the experienced manager.

“By bringing the two companies [Bally and SHFL] together we want to have the best content. So we can pick and choose what content goes to what markets. We’re now in an even better and stronger position than we have ever been,” Mr Jolly said.

It is inevitable however that there will be some cuts to the merged firms’ product catalogue and to operations where duplication occurs.

Bally Technologies said in July last year shortly after the Bally-SHFL deal was announced, that it would deliver “at least US$30 million of annual synergies” – management speak for cost savings.

According to Bally Technologies 2013 report, the company at that time employed 3,443 people worldwide. Pre-merger, SHFL employed 350 people in Nevada and 900 workers globally.

Holding on to staff, not letting people go, is the challenge in the labour supply-constrained Macau market.

“It’s important to note that not only the casinos are under pressure for labour, but we as vendors are getting our staff poached by casinos and for other roles all the time,” explained Mr Jolly. “So employing people in Macau is a challenge in terms of rewards and recognition, and persuading staff to stay with you, rather than them taking up one of the many, many outside offers that they are receiving.”

He added: “We obviously want to have stability in the workforce so that we can grow and be a better corporate operator in Macau, and that’s difficult when staff are changing all the time.”

On the issue of the merged business’ product catalogue, Mr Jolly stated: “The work on what games are going to cross over, and what games won’t cross over, is still being done.”

For now, however, the existing research centres of both companies are still operating.

“There is development being done in all the old R&D [research and development] houses. No R&D house has been closed down; for example, the slot machine and game development in the U.S., Australia, India and China. So nothing’s really changed there. It’s very much to keep the product rolling and keep the cabinets out there and then try and support the games that haven’t been as successful.”

Continuity of service and clarity of offer to casino operators are important to those managing the Bally-SHFL transition, said Mr Jolly.

“From a product point of view, the Equinox cabinet in Asia is still a primary cabinet for us, for a whole range of products – particularly those that came from the past SHFL research houses.”

He added: “The new cabinet on the Bally side is [Alpha 2 Pro Series] Wave, which debuted at G2E Las Vegas last year. It has a very large, curved screen, which makes you feel like you are sitting inside the machine when you are playing it.”

But the executive cautioned: “I don’t want people to think that somehow we have hundreds of different types of cabinets. The secret is what cabinets you have and what you support those cabinets with. And that’s really where the planning and the strategy is right now.”

For cabinets to be successful, they also need successful games. And Duo Fu Duo Cai is a popular game with Chinese players in Macau according to slot operations executives with whom GGRAsia has spoken.

“We’re extremely happy with the success of Duo Fu Duo Cai,” Mr Jolly told GGRAsia. “It’s a game that was actually designed in the SHFL studios basically for Macau. We wanted a high volatility, high bet, high jackpot game. We’ve delivered that and been excited by the success of that. After Macau was so successful, we tried it in Cambodia, Philippines and a few other markets [such as] Malaysia and Singapore – and have been getting the same good results.” 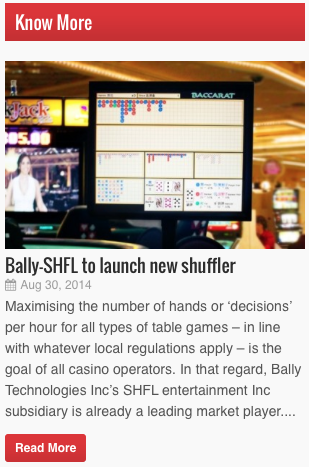 He added: “We’ve taken it further afield and put it back into the Australian market and taken it to the United States. It’s in some places in Las Vegas now, and there are some installations going on in Europe.

“It looks like it’s going to be a global game. The strength of it is phenomenal.”

SHFL also has another linked progressive slot product called ‘Emperor’s Seal’. It has gone into some of the Mocha Clubs, a chain of slot clubs in Macau controlled by Melco Crown Entertainment Ltd.

“It’s a heavily themed Asian link,” said Mr Jolly. “Initial results are looking quite positive. It’s a 50-credit game, so it’s obviously not going to be as good as an 88-credit game. But initial results suggest it’s up there with some of the better links in town.”

“The launch will be in late September, but the precise date is not confirmed yet,” said Josanne Lai, product marketing manager Asia for the merged business.

“It continues the storyboard of the Duo Fu Duo Cai theme, and has a new feature that drives the experience to the next level,” added Wayne Freeman, product director electronic gaming machines for Asia.

“Duo Fu Duo Cai is probably the most complex piece of maths that I’ve seen in any game in my history in gaming. It’s a great piece of software,” asserted Mr Jolly.

Another complex equation is what will be the outcome of patent litigation between Macau-based electronic multi-game maker LT Game Ltd and the Macau unit of SHFL, known as SHFL Entertainment (Asia) Ltd.

LT Game disputes SHFL’s right to sell in the Macau market multi-game electronic table games with a live dealer and involving baccarat. SHFL has strongly defended what it says are its legitimate commercial rights in the Macau market.

“There have been some wins in the courts and we are still progressing. We are certainly working on winning the cases,” stated Mr Jolly.

“It’s fair to say we have number one market share of the live dealer multi station terminals outside of Macau,” Mr Jolly stated.

“In [South] Korea we are dominating that market, and the results coming out of there are extraordinary,” he asserted.

“In Cambodia, we have a mixture of widescreen and 17-inch terminals… In Singapore we only have the 17-inch single game, but we can go to multi-game now, and we are talking to customers there about that, although Singapore doesn’t allow concurrent betting.”

That is a reference to rules that limit the volume and velocity of betting on ETGs, which typically offer players lower minimum bets than traditional live dealer table games, but greater speed of play as well as potentially the ability to bet on different games played concurrently on one electronic platform.

A Macau court was told on Wednesday that Asian American Entertainment Corp Ltd (AAEC), led by Taiwan businessman Marshall Hao Shi-sheng, was to blame for its failed tie-up with United States-based... END_OF_DOCUMENT_TOKEN_TO_BE_REPLACED