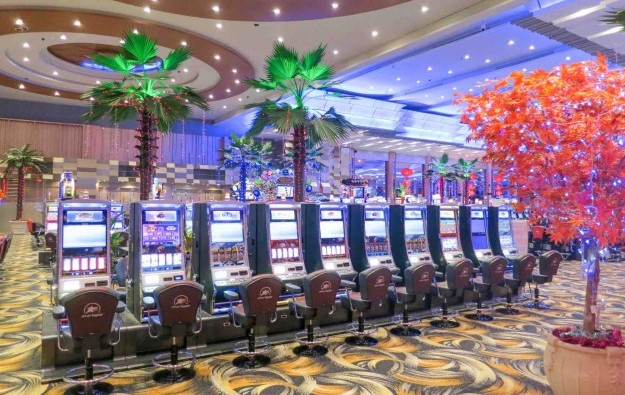 Australia-listed casino operator Donaco International Ltd confirmed in a Wednesday filing it has not yet received a Cambodian-government inspection of its Star Vegas Resort and Club (pictured in a file photo) in Poipet, which it says is necessary in order to reopen after its temporary closure from April 1, as a Covid-19 countermeasure.

“The Ministry of Health has not yet confirmed when it will visit Donaco’s Star Vegas Resort and Club… to assess approval, however Donaco anticipates it will be within the next few weeks,” Donaco told the Australian Securities Exchange.

The firm said it would provide an update to the Australian bourse, “once the Ministry of Health inspection is complete”.

It is nearly a month since Cambodian prime minister Hun Sen said that casinos across the nation would be allowed to resume operations if they met health requirements to prevent Covid-19 outbreaks at their venues.

Donaco said in its announcement however that Thailand – the country next door to Cambodia at the Poipet border – had extended its Covid-19 countermeasures until August 31.

“As the majority of Star Vegas’ visitors are from Thailand, Donaco expects patronage numbers will remain low at Star Vegas until the border between Thailand and Cambodia is reopened,” said the firm.

In early April, a time when Star Vegas – and Donaco’s other Asian casino hotel, Aristo International, in Lao Cai on Vietnam’s border with China – were both closed, Donaco said it expected a “cash burn run rate”of between US$800,000 and US$900,000 per month. Aristo International reopened casino operations in mid-May.

In Cambodia’s capital Phnom Penh, the monopoly operator there, NagaCorp Ltd, had a reopening of its VIP table operations and slot machine business at its property NagaWorld on July 8.

On July 19, NagaCorp said in a filing to the Hong Kong Stock Exchange that it had been permitted to reopen “all of its casino businesses”, including mass market gaming tables.

Donaco for its part said on Wednesday, it was “optimistic” that the Covid-19 situation would “continue to improve in the region Star Vegas operates in,” adding the Cambodian government’s announcement permitting casinos to reopen with safeguards and inspections was a “positive step towards a resumption of normal operations”.

Donaco added it was “committed” to Covid-19 prevention measures, to “ensure the safety and well-being of its employees, visitors and the broader Cambodian community”.

The casino operator completed recently a share exercise aimed at raising AUD14.4 million (US$10.3 million), with the proceeds to be used for “repayment requirements” under a debt facility and as working capital for the group.