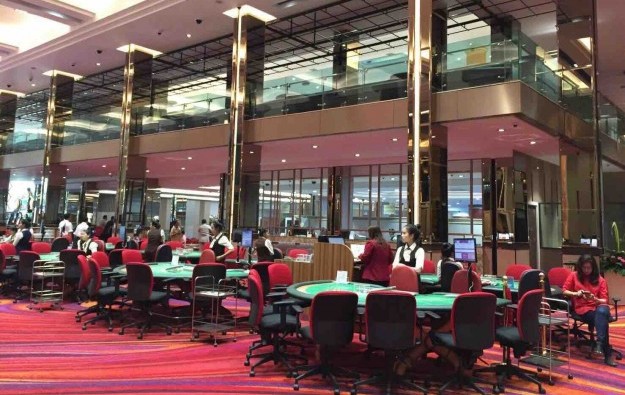 Asian casino operator Donaco International Ltd began in September the operation of a new gaming floor at Star Paradise, a neighbouring property to its Star Vegas Resort and Club in Poipet, Cambodia.

“September was the first month of operations at Star Paradise,” Ben Reichel, Donaco’s executive director, confirmed in an email to GGRAsia.

“The performance has met expectations, with a number of VIP junkets and players sampling the new facilities,” he added.

The gaming floor at Star Paradise (pictured) “has 40 tables allocated at the moment, with space for around 50 slot machines as well,” said Mr Reichel.

In its annual report, published on September 30, Donaco had said it had started “managing the newly constructed gaming floor of the Star Paradise business for a monthly fee”.

The casino operator will receive a THB5-million (US$144,173) monthly fee for managing the new gaming area at Star Paradise under the Star Vegas gaming licence. Donaco will also be reimbursed by the owners of Star Paradise for the costs of running the gaming venue there.

The Star Paradise property was upgraded with a new gaming hall constructed and financed by Donaco’s Thai partner.

Donaco says it has the exclusive option to purchase the entire Star Paradise operation, including the hotel. “By managing this gaming operation we are well positioned to assess the attractiveness of this business to the Donaco group,” the firm said in its annual report.

Macau casino operator MGM China Holdings Ltd had a “record” market share in January, and its venues were the “highest-earning businesses” in the portfolio of the majority owner MGM Resorts... END_OF_DOCUMENT_TOKEN_TO_BE_REPLACED