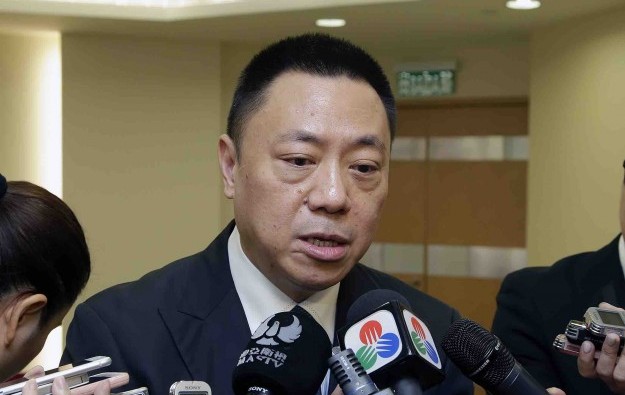 Macau’s Secretary for Economy and Finance Lionel Leong Vai Tac says he can’t predict when there might be a rebound in the city’s casino gross gaming revenue (GGR). Some investment analysts have previously referred to the possibility of a rebound in GGR in the second half of this year.

Judged year-on-year, such revenue fell for the 11th straight month in April, according to government data published on Monday.

Mr Leong on Tuesday told the media that GGR has been falling due to a “string of factors” and that “there is currently no forecast that those factors can suffer significant changes,” according to a government release.

He added that once the city’s non-gaming offering increases and diversifies it will attract more tourists to Macau and also promote longer stays.

The latest available official monthly data show visitor arrivals to Macau numbered 2.27 million in March, down by 13.5 percent year-on-year. The city had not recorded such a low aggregate monthly figure since September 2012, when it received 2.16 million visitors.

Mr Leong also said that the Macau government had still not yet decided on the number of new live gaming tables it will grant casino operator Galaxy Entertainment Group Ltd for the upcoming second phase launch of the group’s flagship Cotai property and a neighbouring revamped casino hotel. Daiwa Securities Group Inc and Japanese brokerage Nomura said in separate notes last week they expected the flagship venue to get 150 new-to-market tables.

Galaxy Entertainment has scheduled a May 27 opening for its HKD19.6-billion (US$2.5-billion) Galaxy Macau Phase 2 and HKD5-billion Broadway Macau.

While the firm has not disclosed the number of new tables requested for Galaxy Phase 2, company chairman Francis Lui Yiu Tung has shed a little more light on the neighbouring revamped property, formerly called Grand Waldo but now to be known as Broadway Macau.

In his Tuesday comments, Mr Leong again confirmed that the market wide cap on live gaming tables would not be changed. The government has imposed a cap that seeks to limit the expansion in the number of live dealer tables to 3 percent compound annual growth until end-2022 from a base of 5,485 tables recorded by the authorities at the end of the fourth quarter in 2012.

The Macau official stressed once more that the government would look into the non-gaming components of the casino resorts each operator is building in Cotai and how each company forms partnerships with local small- and medium-sized enterprises, among other factors, before deciding on live gaming table allocations.

Macau is to create distinct zones on its casino floors and designated gambling chips that will be solely for the use of players from overseas. The moves will be part of a new gaming tax system to... END_OF_DOCUMENT_TOKEN_TO_BE_REPLACED