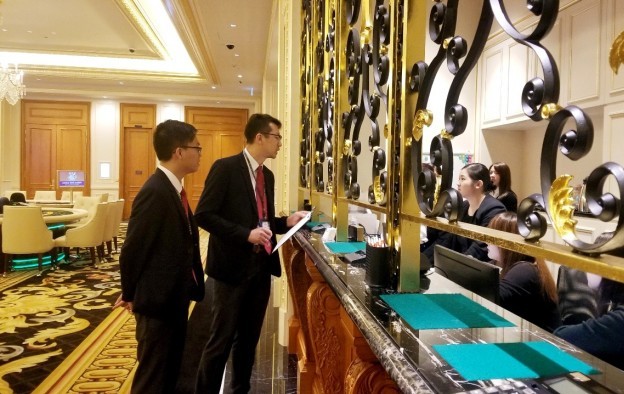 A pending Macau court case on whether one of the local casino licensees can be held liable for refunding to the public cash deposits lodged with one of the city’s third-party VIP gaming promoters, will have “crucial” implications for the industry and for the junket sector, says António Lobo Vilela, a former senior advisor to Macau’s Secretary for Economy and Finance.

Mr Vilela made the suggestion in an article published in March, in Gaming Law Review. He highlighted a series of court cases stemming from a high-profile 2015 incident of alleged theft of large amounts of money by an ex-cage manager from a Dore Entertainment Co Ltd-branded VIP room at the Wynn Macau casino hotel.

Macau’s Court of Final Appeal is to rule on the liability of the gaming venue’s operator, Wynn Macau Ltd, for the refund of deposits lodged at Dore Entertainment.

At the time, a number of people came forward claiming they had invested with Dore Entertainment on the promise of higher returns than those offered by regulated banks but had lost their money because of the alleged incident.

Mr Vilela’s article said the Dore incident exposed a “common” practice – of “doubtful legality” in the context of Macau law – where the city’s junkets have sought to raise capital for their business by “seeking investors, soliciting funds, and offering high-interest rates for deposits”.

The first seven of the eight decisions on the Dore Entertainment cases by Macau’s Court of Second Instance have concluded that casino operators were “considered jointly and severally liable with the gaming promoters to return the funds on deposit at VIP rooms,” Mr Vilela highlighted in the article.

According to Macau law, casino operators are “jointly and severally liable” for the activities rendered inside their casinos by the gaming promoters registered with them.

Mr Vilela further explained that Macau’s Court of Second Instance so far “considers the casino operator liable because of the duty to oversee the gaming promoter’s activities carried out inside the casinos”.

Yeqing Rao vs Dore and Wynn

The Court of First Instance ruled that Dore Entertainment had to pay up as requested, on the basis the plaintiff had a “contract of deposit” with the junket firm.

But regarding Wynn Macau Ltd, the court had ruled that there were no “factual elements” showing that the deposit the plaintiff made was connected to gaming promotion activity, and hence it decided in favour of a defending motion from the casino company, Mr Vilela noted of the case in his article.

Following an appeal, the Court of Second Instance affirmed Dore Entertainment’s condemnation to reimburse the funds on deposit with default interests, and reversed the judgment as to the joint liability of Wynn Macau Ltd, stating that the casino operator was jointly liable because of its duty to oversee the gaming promoter’s activities within its own casino.

An appeal relating to the case, lodged with the Court of Final Appeal, is still pending. The decision on that will have a “crucial” implication for Macau’s “gaming ecosystem and the way it is structured”, Mr Vilela wrote.

The Court of Final Appeal ruling “will reshape forever the relationship between casino operators and gaming promoters, finally understanding that the latent financial risks could eventually outweigh the perceived profitability of the VIP gaming,” he wrote.

Mr Vilela also wrote that he believed the eventual decision by the Court of Final Appeal could affect how Macau’s gaming operators gauge the risks and rewards of permitting junkets to operate an independent cage at a licensee’s property; the oversight applicable to these junket partners; and how the gaming promotion contracts would be formed.

The legal expert also mentioned in the article the role of the city’s monetary watchdog regarding what Mr Vilela considers the legally-doubtful deposit-taking practice of Macau’s junket operators, which should be “exclusively reserved for financial institutions” in the context of Macau law.

“As of today, no public record exists of any action taken by AMCM [the Monetary Authority of Macao] in this regard against gaming promoters.”

He added: “The inaction by this important governmental agency may reflect either a different (legal) interpretation of the elements of the crime of unauthorised reception of deposits or other repayable funds, or an implementation failure (lack of enforcement), or even a motivation failure (lack of readiness).”

China’s tougher controls on offshore gambling activities could also potentially further complicate the use of deposit taking to fund junket operators, he remarked in the article.

“… the more and more stringent the PRC [People’s Republic of China] authorities are in restricting offshore gambling of their citizens,” then the greater the possibility of “new waves of a stampede,” by junket-deposit investors or gaming patrons, wrote Mr Vilela.

That could be “aggravated by the fact that as of today, no solvency ratios or mandatory provisions to secure the reimbursement of those funds seem to have been determined, nor prudential rules imposed by the Macau authorities,” Mr Vilela stated in his article, adding that the “long-awaited review” of the legal and regulatory framework of the gaming promotion activity should be a “primary concern” for the Macau authorities.

Macau recorded 965 “gaming-related” crimes in full-year 2022, down 29.7 percent on the 1,372 identified in the previous year, according to the latest statistics published on Tuesday by... END_OF_DOCUMENT_TOKEN_TO_BE_REPLACED