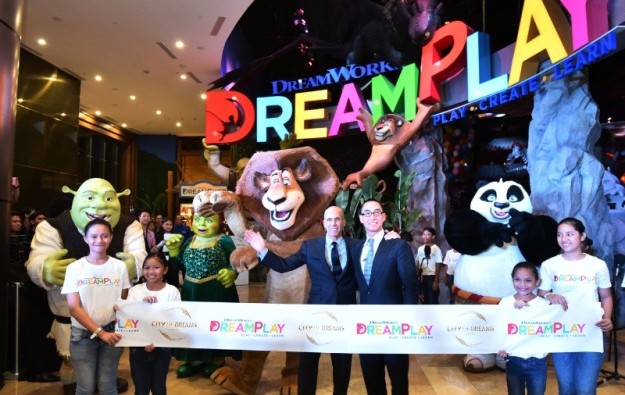 Melco Crown (Philippines) Resorts Corp says it has opened what it calls an “interactive play and creativity centre” at Philippines casino resort City of Dreams Manila. The centre, at a shopping mall on level two of the property, is themed on characters created by the DreamWorks SKG animation studios in the United States.

The precise terms of the deal were not mentioned in the press release by Melco Crown Philippines, a unit of Melco Crown Entertainment Ltd.

The DreamWorks brand is known for hit film franchises including ‘Kung Fu Panda,’ ‘Shrek,’ ‘Madagascar’ and ‘How to Train Your Dragon’.

The new facility would help ensure the casino resort is “a compelling visitor leisure destination for families across the region,” said Clarence Chung Yuk Man, chairman and president of Melco Crown Philippines.

Melco Crown Entertainment has a strategy of tying family entertainment to Asian casino resorts, including a successful and long running live show called ‘The House of Dancing Water’ at its City of Dreams property in Macau.

On Wednesday the parent firm said Studio City, a US$3.2-billion casino resort it majority owns and which is due to open on Cotai in Macau later this year, is to have in-house magic shows.

DreamWorks has a collaboration in Macau with Sands China Ltd for use of animation characters – including ‘meet and greet’ opportunities for guests – in non-gaming areas at its Sands Cotai Central operation in Cotai.