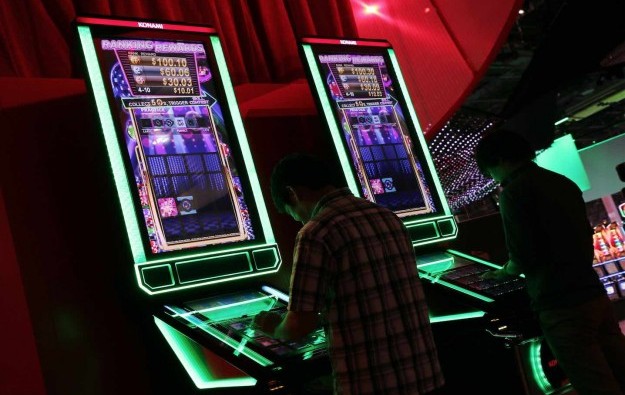 The AGEM Index of the prices of shares in the main makers of gaming equipment around the world fell in July by 10.38 points to 494.96 points, or 2.1 percent less than in June.

The Association of Gaming Equipment Manufacturers (AGEM), which publishes the index, issued a written statement saying the index was 12.5 percent lower in July than a year earlier.

In contrast, the main gauges of stock prices in the United States all rose in July, the Dow Jones Industrial Average by 1 percent, the S&P 500 index by 1.3 percent and the NASDAQ index by 2.1 percent. 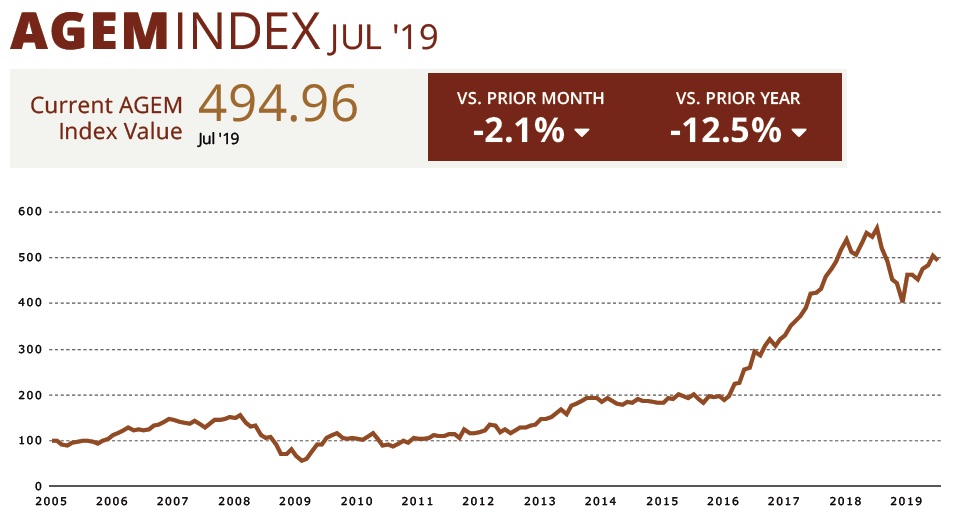 AGEM said the fall in the AGEM Index in July was due mainly to the price of shares in Konami Corp of Japan dropping by 8.1 percent, dragging the index down by 8.26 points.

The price of shares in Aristocrat Leisure Ltd of Australia fell by 0.2 percent, pulling the index down by 5.85 points.

The prices of five of the 13 stocks tracked by the index fell, but the prices of the rest rose.

Nine of the stocks are traded in the United States, two in Australia, one in Japan and one in Taiwan.

The index used to track the price of shares in Gaming Partners International Corp, but they were delisted at the NASDAQ in May when the company was taken private.

The AGEM Index is compiled every month by Applied Analysis LLC.

The index is a gauge of the prices of each component stock at the end of each month, adjusted for dividends and splits, and weighted roughly according to market capitalisation. The base value of the index is 100 points, set in January 2005.

AGEM represents manufacturers around the world of electronic gaming devices, systems, lotteries, and components for the gaming industry.

An increase to 40,000 tourists daily to Macau is “achievable” under the mainland China travel easing steps announced on Saturday, noted Andy Wu Keng Kuong, president of the Macau Travel... END_OF_DOCUMENT_TOKEN_TO_BE_REPLACED