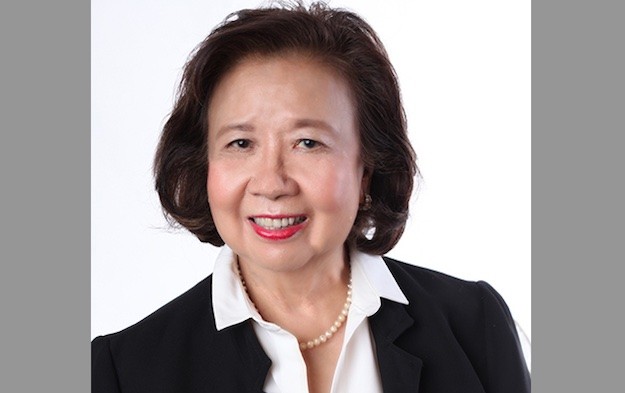 A board member of the Philippine casino regulator, who was appointed by President Rodrigo Duterte, died on Wednesday, aged 80.

The presidential palace “extends its condolences to the family, friends and colleagues of Carmen ‘Chit’ Pedrosa on her passing,” said acting presidential spokesperson and Communications Secretary, Martin Andanar, in a statement on Thursday carried by the official Philippine News Agency.

Ms Pedrosa (pictured), described as an author and newspaper columnist, had been named to the board of the Philippine Amusement and Gaming Corp (Pagcor) in July 2016.

Pagcor had said in a Wednesday announcement that it “deeply mourns” the death of Ms Pedrosa.

The country’s news agency said her output as a writer had included two “controversial” books about one of the country’s former first ladies, Imelda Marcos, mother of the president-elect, Ferdinand Marcos Jr. They were: “The Untold Story of Imelda Marcos”; and “The Rise and Fall of Imelda Marcos”, said the official media outlet.

Hong Kong-listed Wynn Macau Ltd says it will inject nearly MOP4.80 billion (US$596.4 million) into Wynn Resorts (Macau) SA. That is in order to comply with Macau’s revised gaming law and the... END_OF_DOCUMENT_TOKEN_TO_BE_REPLACED