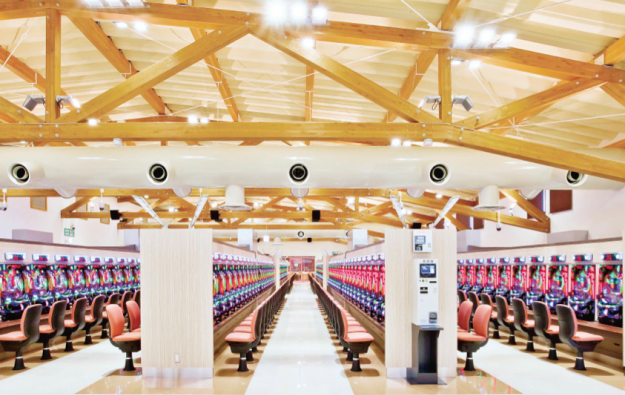 That was the result of an 8.3 percent year-on-year decline, to JPY213 billion, in total gross pay-ins, the company said in a filing to the Hong Kong Stock Exchange on Tuesday. Dynam did not report the profit for the quarter.

“During the [fiscal] first quarter, the utilisation of pachinko machines decreased mainly due to increase in consumption tax in the entire industry compared with the same period in the previous year,” the company said in the filing.

Japan raised its sales tax to 8 percent from 5 percent in April, in a bid to reduce its hefty debt pile.

Dynam said it intends to promote during the year the opening of pachinko halls with “low playing costs”. The company operated 377 pachinko halls in Japan as of June 21, according to the company’s website. Dynam plans to expand that by more than two-and-a-half times to 1,000 pachinko halls by March 2023, it said in its annual report.

Dynam is a backer of Macau casino services firm Macau Legend Development Ltd, having invested US$85 million in the company since June last year.

In its annual report, Dynam also stated it “will seek to have a space” in Japan’s casino industry, if gambling is legalised in the country. Equity research firm Advanced Research Japan Co Ltd said earlier this month that Dynam is a top candidate for a casino licence in Japan.