E-Sports and potential to bring millennials to casinos 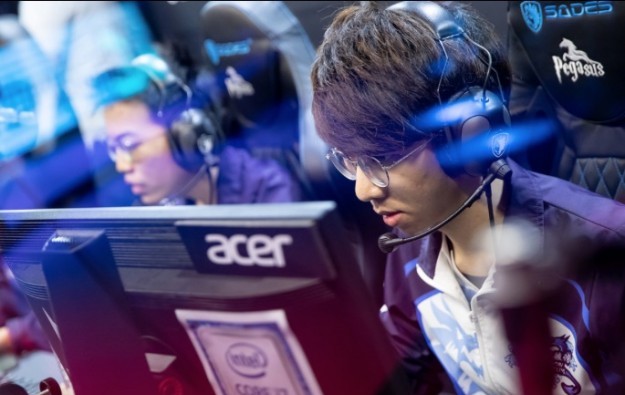 Nowadays, millennials, people who were born in the 1980s or 1990s, are bringing new ideas to the age-old pursuit of playing games, including the sort offered by casinos. “E-Sports has developed rapidly in the world and it has made revenues. Macau should explore into this industry,” Professor Wang Changbin, director of the Gaming Teaching and Research Centre of Macao Polytechnic Institute, told GGRAsia. “Organising this new type of sport can make money and attract travellers to Macau as well,” he added.

E-Sports, more commonly known as competitive video games, has been designated as an official sport at the 2022 Asian Games in China. At the recently-concluded Asian Games 2018 held in Indonesia, the sport featured as an exhibition activity.

In an emailed reply to GGRAsia, Peichi Chung, associate professor of the Department of Cultural and Religious Studies at the Chinese University of Hong Kong, defined the term “e-Sports” as digital games for competitive purposes rather than leisure. The academic added that currently only a few games or types of game fall under the first the category.

According to contemporary Macau media reports, the first official e-Sports competition in the city was held in May 2017. Since then, Macau has held a number of e-Sports competitions. The contests have varied in scale, but nearly all of them have been sponsored by, or held at, casinos.

“Over the last few years, we have seen an increasing demand in Asia for new and unique tech-based entertainment including e-Sports,” Melco Resorts said in an email to GGRAsia. “Melco has taken a leading role in bringing e-Sports to Macau,” the firm added.

In April this year, Studio City also hosted the Spring Final of League of Legends Master Series (LMS) for the first time.

“League of Legends Master Series (LMS) is the highest level professional e-Sports tournament of the largest scale in Taiwan, Hong Kong and Macau, though the past Spring and Summer finals were held only in Taiwan,” Ben Lee, LMS eSports Manager of Garena, said during an interview after the tournament.

Geoff Andres, property president of Studio City, had told GGRAsia on the sidelines of the launch of Studio City’s EStadium: “We want to be in the front, and take the leading edge in this type of entertainment activity.”

Melco Resorts and Galaxy Entertainment respectively consider e-Sports as being an attractive entertainment option for millennials. “With a young fan base and positive momentum, we are confident that the e-Sports industry will continue its rapid growth,” said Melco Resorts.

Mr Lam noted: “Galaxy Entertainment attaches great importance to the interests of millennials and will continue to study and introduce new, innovative and diversified products to support Macau’s economic diversification.”

These operators expect e-Sports to be a growth industry not only in Macau, but also all over the world.

“E-Sports has attracted attention and fans on a global scale leading to rapid market growth and viewership. China accounts for over half of the global e-Sports audience, with the majority aged 30 or below, an audience group which has generally been less represented in Macau’s tourism demographics,” Melco Resorts told GGRAsia.

The company added it believed including e-Sports in the group’s business strategy could help diversify its revenue streams and offer all guests access to what it termed “exciting new entertainment”.

Davis Fong Ka Chio, a Macau scholar and legislator, is in record saying e-Sports could be a good addition to the non-gaming entertainment offered at Macau’s casino resorts.

He suggested the inclusion of e-Sports could also make the city’s casinos more competitive, as well as more attractive to younger generations.

Scholars are looking at e-Sports as an active field of research. Professor Wang thinks it can generate some revenue for the Macau casino industry, but he also stated that according to Macau’s legal framework for gaming – which has no provision for online gaming – an e-Sports tournament in the city has to be conducted offline.

Professor Chung at the Chinese University of Hong Kong suggested that “if the purpose is to attract tourists, then ticketing is [a] good source of revenue. The Macau government will then need to licence the event [as] offline.”

But the academic further noted: “If the purpose is to legalise online betting and collect tax, then it might be good to create an online space for e-Sports as part of the casino business in Macau.”

Honorary chairman of General Association of Macao E-Sport Industry, Jay Chun, said during an interview after the Spring Final of the LMS event that e-Sports was an emerging industry. Mr Chun also noted however that e-Sports in Macau were still at an early stage of development. Nonethless he noted the sector had what he described as a huge influence on young people. Cooperation between the e-Sports sector and casino operators would likely be a “win-win” for both, he added.

Professor Chung also suggested the e-Sports sector could work with other sectors for mutual benefit.

She noted: “Casinos can host the event and the [local] government offer some funding and financial scheme to allow some public relations companies in Macau to take care of public relations promotion.”

She stated such a public policy approach was already quite successful in promoting e-Sports as a leisure pastime in Incheon, South Korea.

In Macau, a number of newly-established associations have been promoting e-Sports.

One of them, the Macau E-Sports Industry Association (MEIA) is confident that “Macau has the qualifications to be the international e-Sports City,” it said in an email reply to GGRAsia. Another organisation, the General Association of Macao E-Sports Industry (GAMEI) said that Macau had plentiful resources for developing the e-Sports industry.

MEIA, which lobbies on issues of interest to professional e-Sports players, noted that as a relatively new sector “society does not really understand what this is.” For this reason MEIA suggested education would help in the development of the industry.

In relation to the attraction of e-Sports to millennials, Mario Ho Yau Kwan, chief marketing officer of iDreamSky Technology, mentioned to ApplyDaily Finance in May this year that he would like to organise e-Sports tournaments of international-standard levels of competition and invite overseas teams to take part, aiming to turn e-Sports tournaments into an element of Macau’s intellectual property landscape.

Newzoo, a market intelligence firm focusing on games, other mobile entertainment and e-Sports, stated in a report that by 2021, an estimated 2 billion people – the equivalent of more than a quarter of the world’s current population – would register some interest in e-Sports.

Policies towards the industry

According to a research report titled the “Global e-Sports Market Report” released by Newzoo this year, the audience size of e-Sports in 2018 was estimated to be 395 million people, with the potential to generate US$906 million revenue. By the year 2021, both audience size of and revenue brought by e-Sports would increase, the research suggested, so that the direct audience size might grow to 580 million, producing as much as US$1.3 billion in revenue.

Mr Ho and MEIA both see the audience size of e-Sports as an advantage to Macau. The city’s casinos can provide the financial resources needed to develop the sport’s audience, while the content of e-Sports can itself capture a large audience. “Both are advantages and can complement each other, they can bring satisfactory benefits to both sides,” said MEIA.

Mr Ho together with his Macau E-Sports Federation in May met Alexis Tam Chon Weng, the Macau government Secretary for Social Affairs and Culture. Mr Tam said the development of e-Sports is worldwide and in the light of this obvious trend, establishment of associations could help Macau to explore new industries.

As e-Sports is now already announced as a medal sport in the coming Asian Games, casino operators, scholars and players all consider this is a good time to invest in this industry.

E-Sports could become “a direction of development in Macau’s cultural and creative industries,” said Professor Chung.

In August, China announced a pause in approving new video games for the mainland market.

Industry group GAMEI noted this could have some implications for game developers and players.

“This actually has greater impact on game developers: the issue has caught the attention of the whole world and some foreign game developers are re-evaluating the strategy of getting into the Chinese market,” the organisation stated.

GAMEI is nonetheless confident that “improved policies and approval systems” will mean players can “enjoy games of better quality, and the industry can be developed in an healthy way”. MEIA for its part believes the e-Sports market is already mature enough “not to be dependent on new games”. The body added: “This won’t have influence on the current market.”