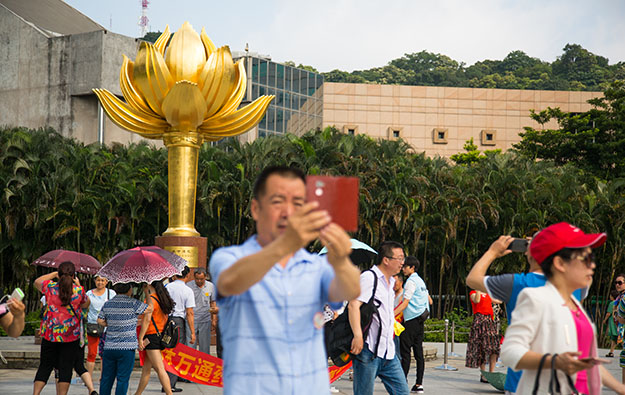 A China policy move most likely to help the Macau gaming market would be if mainland authorities decided to institute “more convenient processing” of exit visas to Macau for residents within the mainland cities of the Guangdong-Hong Kong-Macau Greater Bay Area.

That is a view in a note issued on Thursday by JP Morgan Securities (Asia Pacific) Ltd, discussing the three-day visit to Macau of China’s President Xi Jinping to mark the 20th anniversary of Macau’s handover from Portuguese administration.

The Greater Bay Area is a central government initiative to link the economies and people of the Chinese special administrative regions of Macau and Hong Kong – and some major cities in the mainland’s Guangdong province – more closely.

It had been widely speculated that the nation’s leader would use his trip to Macau to offer fresh supportive policies for the city’s economy. On arrival at Macau International Airport on Wednesday, Mr Xi praised the city for – in the words of a Macau government press release – “faithfully implementing the ‘One country, two systems’ principle”; a reference to the twin-track approach to administration taken after the handover respectively of Hong Kong from the United Kingdom in 1997, and Macau in 1999.

It was anticipated at the time this story went online that the President would make announcements on Thursday (December 19) regarding policy support for Macau’s economic diversification beyond casinos.

JP Morgan analysts DS Kim, Derek Choi and Jeremy An said in their latest note regarding the gaming sector: “The outright relaxation of Macau visas” for inbound travellers from the mainland, “would be the most positive for business and investment sentiment, in our view, though this seems highly unlikely to us (since it could be seen as helping casinos, rather than the locals).”

But they added: “Measures to further integrate Macau with mainland cities in the Greater Bay Area and/or Hengqin island,” including “expansion of border gates and improved logistics…” and “more convenient visa processing” for Greater Bay residents would be “more likely and could benefit the industry in the medium term.”

The analysts added: “We await potential supportive measures to be announced in coming days.”

A Thursday note from brokerage Sanford C. Bernstein Ltd suggested that the sort of China policy initiatives for Macau that had been hinted at in the media – including possible development of the city’s role as a financial services centre – were unlikely to be “supportive directly of the gaming industry in the near or medium term”.

Although the institution’s analysts Vitaly Umansky, Eunice Lee and Kelsey Zhu noted: “… any positive China government commentary on Macau and any indirect benefits are still very supportive of strong positive momentum in the Macau stocks.”

The JP Morgan memo clarified the significance of an announcement on Wednesday by the People’s Bank of China, regarding remittance outflow from Macau to the mainland. The country’s central bank said it would raise the individual remittance limit from Macau to mainland bank accounts to CNY80,000 (US$11,432) per day, from CNY50,000 per day.

“This only applies to Macau residents (not mainlanders) and to transfers from Macau (not the other way around); thus it should have no impact on the gaming industry, in our view,” said the institution.

The analysts noted that the upped security surrounding President Xi’s visit was “weighing on gaming revenue” for December, as had been widely trailed in the investment community.

Some Macau casinos visited by GGRAsia on Thursday, actually had tables that were closed, notwithstanding strong consumer demand during Chinese New Year (CNY). The reasons for some tables being... END_OF_DOCUMENT_TOKEN_TO_BE_REPLACED