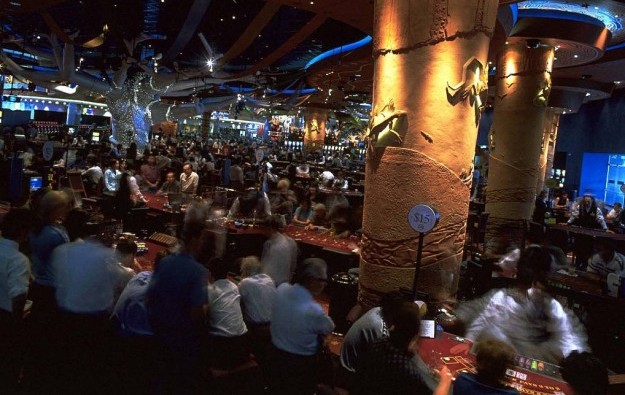 Shares in Echo Entertainment Group Ltd closed 2.68 percent higher on Tuesday following a statement raising its forecasts for full-year profit. The stock price had gone up nearly 8 percent on Monday after the update.

The Australian casino operator said it expects to report full year earnings before interest, taxation, depreciation and amortisation (EBITDA) within a range of A$430 million (US$403 million) and A$435 million.

The company also expects to outperform most analysts’ forecasts and achieve a net profit after tax of between A$150 million and A$153 million in the year ending June 30, 2014. It said its forecast is based “on the revenue momentum seen in the second half of the year”.

Gross revenue in the first five months of 2014 grew by 10.2 percent from a year earlier, the company said in a filing to the Australian Securities Exchange. Gaming revenues in both Sydney, New South Wales, and Queensland grew in the January-May period. The company said it is also cutting costs. It forecast a full year operating expenditure of A$870 million.

Echo owns and operates the Star Casino in Sydney (pictured), Jupiters Hotel and Casino on Queensland’s Gold Coast, Treasury Casino and Hotel in Brisbane, Queensland and Jupiters Townsville Casino in the state.

The company is also on the shortlist of bidders for a casino licence in downtown Brisbane, the state capital of Queensland. There, Echo is competing against Crown Resorts Ltd, Hong Kong-based Far East Consortium International Ltd and its joint venture partner Chow Tai Fook Enterprises Ltd, and mainland Chinese property group Greenland Investment Pty Ltd. The winning bid is expected to be announced in early 2015.