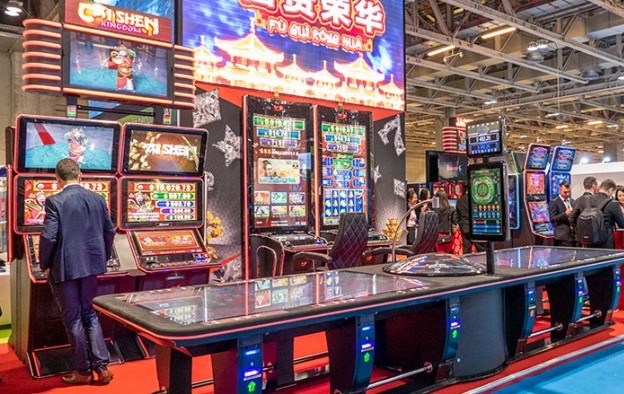 Euro Games Technology Ltd and EGT Multiplayer Ltd say the highlights of their booth at Global Gaming Expo (G2E) Asia 2019 will be six new gaming machine cabinets from their “General” or “G” line of products.

The Bulgaria-based suppliers of slot machines and electronic table games (ETGs) said in a joint statement previewing the casino industry trade show to be held in Macau, that they had been able to enter a number of Asia-Pacific markets since G2E Asia 2018.

“We have entered the markets of Cambodia, Laos, Timor Leste, Malaysia, the Philippines, Saipan and Sri Lanka and we are thankful to our partner Channel Paradise for the support,” said Boyko Boev, manager business development for EGT in the region as quoted in the press release.

He was referring latterly to a sales, marketing and engineering support firm for the gaming equipment sector, based in Penang, Malaysia. Channel Paradise is also scheduled to be an exhibitor at G2E Asia 2019 according to its website and will share a stand with the EGT firms.

The EGT firms noted that their brand had managed to install 400 player stations across 19 casinos since the previous edition of G2E Asia.

The statement said two new series of game themes would be available on the new slot cabinets. The General multigame products, “Red HD” and “Fruits HD”, will have 54 titles each. The “Power” products – Red HD, “Purple HD” and “Gold HD” – have 10 games in every mix.

EGT Multiplayer will show for the first time in Asia its “S 32/55 S-Line” terminal.

“I have high hopes for the General slot cabinets (especially for the G 55 Curved model) and the Power multi-games, as well as for all S-Line terminals, including the latest S 32/55,” the show preview statement quoted Mr Boev as saying.

He added: “At the same time, we will keep on installing our most popular ‘P-42V St Curved’ cabinet in Asia, as it gathers only positive feedback from the operators for its contemporary curved displays, high comfort and ability to be equipped with practically all the EGT gaming software, which is a major advantage. We are currently developing games specifically for the region that will also have the Mandarin-language version.”

Mr Boev said the company hoped to enter the Vietnamese market, mainly with the S-Line, R-Line and T-Line models. The company says its Fu Gui Rong Hua and Cai Shen Kingdom jackpots, presented in the P-42V Curved cabinet, and the General slot line, are also suited to Asian markets.

Mr Boev said the “Collection” series of multigame products had become “popular” in the region. The “P-42V St Curved” cabinet, and the “Fu Gui Rong Hua” and “Cai Shen Kingdom” jackpots – the latter on the “P-24/32 Up” cabinet were well favoured, he further noted.