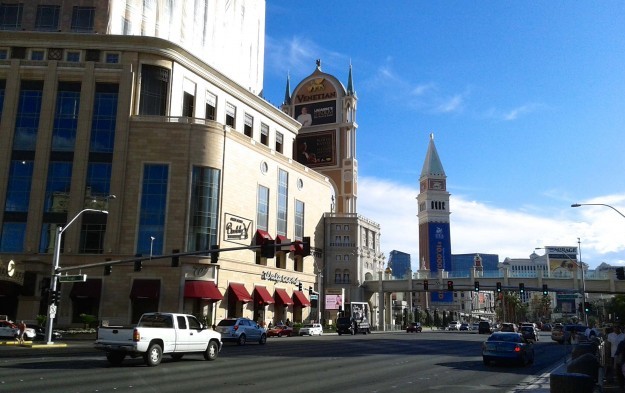 That appears to be following a trend already seen in Macau. Union Gaming Research Macau Ltd estimated in a report in June that the number of ETG seats in Macau could grow by 60 percent in three years – from a June estimate of 5,500 seats.

In Macau, revenue from a particular type of ETG – so-called live multi-game products featuring electronic betting but a live dealer – rose by 13 percent quarter-on-quarter in the three months ended June 30.

The Nevada State Gaming Control Board doesn’t use a heading of “electronic gaming tables” or “live multi-game” in its monthly and quarterly breakdown of gaming revenues for Clark County or other parts of Nevada.

GGRAsia sought clarification from the board on how it accounts for electronic table revenue and whether it distinguishes for counting purposes between e-tables with a live dealer and those without one, but no response was available at the time the story was published.

There is some resistance locally in Las Vegas to electronic tables, admits Union Gaming’s Mr Shore. He said at least one Las Vegas casino operator – not identified by the research house – stated it preferred to open or close live dealer tables depending on customer demand.

“E-tables continue to be generally well-received, though one operator noted that it is more cost-effective, i.e., easier to manage labour costs on the floor, using live dealers who can be pulled and placed based upon table demand as opposed to the more fixed cost profile associated with e-tables,” wrote Mr Shore.

That might reflect the different priorities of casino managements in Las Vegas and Macau in relation to table utilisation and table overheads.

In the U.S., the national average base pay for a traditional casino dealer is US$14,700 a year, according to the Bureau of Labor Statistics, but that figure does not include company benefits and tips. In Las Vegas alone, dealers earn monthly an average of US$4,000, Reuters reported in July citing U.S.-based industry analysts.

In Macau, casino operators have been turning to electronic tables – especially those with a live card dealer – despite their significant initial capital costs, to cater for mass-market players at low minimum bets.

Such products also provide more mass-market seats via so-called ‘stadium’ arrangements whereby a single dealer serves many gaming consoles and where betting and bet settlement are communicated electronically between player and game.

The context for the use of such products in Macau is rising fixed overheads for traditional tables, with card dealers – that can only be recruited from the permanent resident population – in short supply and currently demanding higher wages.

Another key issue in Macau is the supply of traditional tables being limited by the government’s cap on the number of new live tables allowed in the market – currently set at 3 percent annual compound growth until the end of 2022, when all the current casino concessions should have expired, barring any short-term extensions while possible new deals are negotiated.

Union Gaming’s Mr Shore said that in Las Vegas: “…e-tables seem to be attracting interest and adding incremental customers rather than detracting from traditional slot or table players.”

In Macau, revenue from electronic tables featuring a live dealer is counted as table revenue – provided the pay table for the game mirrors that available to players on the traditional live version. That is the case for such live dealer electronic games in Macau even though players pay via bill acceptors on the machines. In other jurisdictions, if payment is via a bill acceptor, the games are sometimes defined as slot games for revenue counting purposes.

Mr Shore said of the appeal of electronic tables in Las Vegas: “There has always been a contingent of customers who prefer the less intimidating and lower stakes environment of e-tables.”

Mr Shore also said that Shift Interactive – a division of Suzo-Happ Group – currently has an e-table product on test at MGM Resorts International’s properties MGM Grand and the Mirage on the Las Vegas Strip.

The product “ties-in the resort experience and gaming by providing access to property F&B [food and beverage] and entertainment (i.e., restaurant and show ticket reservations) as well as free play casino games on a table top touchscreen interface,” wrote the analyst.

Macau-based LT Game Ltd is also competing in the electronic table games segment in Las Vegas. The firm announced in July it had been licensed to sell its products in Nevada following a successful field trial of its Live Multi-Game table – featuring a live dealer or attendant depending on the market – at Las Vegas Sands Corp’s Palazzo Casino on the Las Vegas Strip.

It potentially opens up more of the North American market to LT Game, via IGT’s several hundred jurisdictional licences there, Jay Chun, chairman of LT Game, told GGRAsia at the time.

Bally Technologies Inc, owner since November 2013 of SHFL entertainment Inc, is also competing in the North American market for electronic table games via the SHFL product Fusion Hybrid multi-game. It also features a live dealer or attendant for card games.

In the Macau market, the right for gaming suppliers to sell electronic multi-game tables offering a baccarat option with live dealer has been disputed in the courts by LT Game, which says it holds a patent in Macau covering that function.

Macau is to create distinct zones on its casino floors and designated gambling chips that will be solely for the use of players from overseas. The moves will be part of a new gaming tax system to... END_OF_DOCUMENT_TOKEN_TO_BE_REPLACED