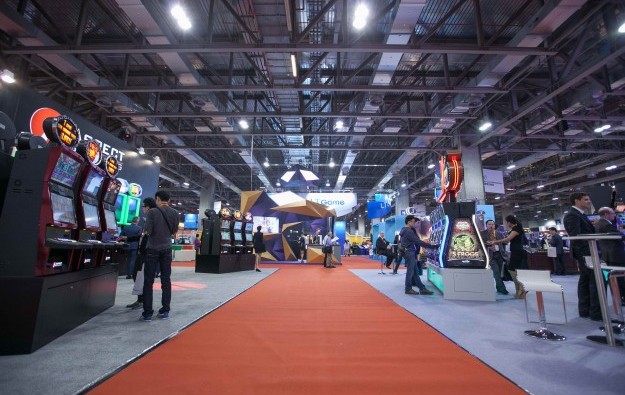 This year’s edition of the Macao Gaming Show (MGS) – which will take place in November – has been branded as ‘MGS Entertainment Show-Creativity & Innovation’.

When MGS was launched in 2013 it was conceived principally as a casino industry trade exhibition and conference.

“This year we will be looking to broaden our horizons with an even more innovative and pioneering approach as we look to develop the MGS show floor into the ‘one stop shop’ for the industry,” said a press release from the main organiser, the Macau Gaming Equipment Manufacturers Association.

“Already offering one of the most diverse range of exhibitors on the international exhibition circuit, MGS draws together the broad and varied components that drive the business model behind Asia’s entertainment and gaming experience,” added the statement.

Last year’s event contained many non-gaming exhibitors. According to Wednesday’s press release, this year’s event will include exhibitors from the following sectors: food and beverage; ‘promotional services and memorabilia’; ‘entertainment and performance’; ‘style and fashion’; and ‘tourism and culture’.

Exhibitors from the gaming industry will include: gaming equipment and accessory makers and sellers; gaming promoters (also known as junkets) and VIP clubs; and suppliers of casino fixtures and fittings.

In May the city’s government launched a consultation process on what it terms a Five-Year Development Plan for Macau. The plan is a collection of policies and initiatives covering the period 2016 to 2020 aimed at assisting the economic diversification of Macau. The city’s economy has for many years relied on money generated by high stakes gambling.

MGS Entertainment Show-Creativity & Innovation starts at CotaiExpo at the Venetian Macao on November 15, and runs until November 17 inclusive.

“From a practical viewpoint, it seems quite difficult” for Japan’s national authorities to be able to make a decision by the end of the calendar year, on respective proposals by Osaka... END_OF_DOCUMENT_TOKEN_TO_BE_REPLACED