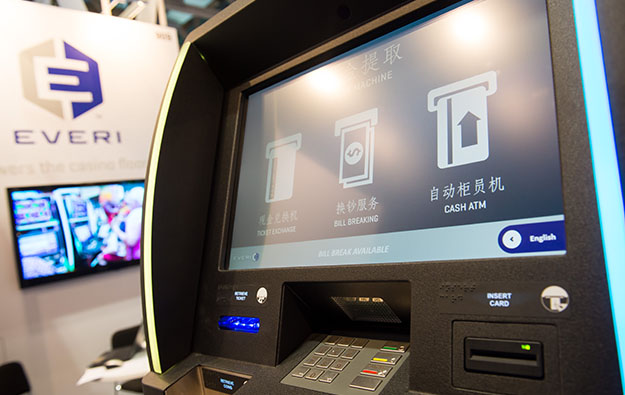 Everi Holdings Inc, a specialist in cash handling technology and electronic game content for the casino industry, saw its net loss widen in the second quarter of 2017, despite the firm posting higher revenues.

Such loss was US$19.1 million, compared to a net loss of US$10.8 million in the prior-year period. The firm said the result included a US$14.6 million loss on early extinguishment of debt related to the company’s refinancing of a former credit facility.

In the games segment, Everi’s revenues increased approximately 1.5 percent to US$55.1 million in the three months to June 30, compared to US$54.3 million in the second quarter of 2016.

Michael Rumbolz, president and chief executive of Everi, said in a statement contained in the results announcement: “In our games segment, we continue to expand our capabilities as a full-service gaming equipment provider… We continue to benefit from the ongoing introduction of newer offerings, including our new wide-area progressive and other premium games for our installed base. These new offerings are expected to help return quarterly sequential growth to our installed base unit count and also generate improved yield from these games.”

The company said revenues from gaming operations were US$37.5 million in the second quarter of 2017, compared to US$38.8 million in the prior-year period, “primarily reflecting a year-over-year decline in estimated daily win per unit”.

In the payments segment, revenues increased approximately 17.2 percent year-on-year to US$187.1 million in the April to June period.

“Our payments segment had another very strong quarter as we continue to benefit from a broad range of growth drivers,” Mr Rumbolz said. “Our industry-leading portfolio of comprehensive solutions and commitment to customer service are catalysts for our ability to secure business at new casinos,” he added.