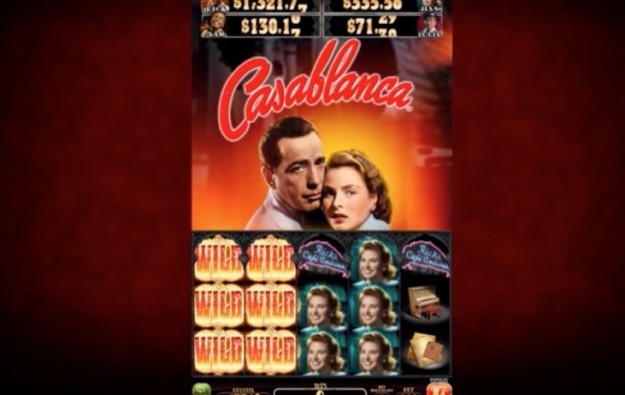 Everi Holdings Inc, a U.S.-based specialist in cash handling technology and electronic game content for the casino industry, has launched a five-reel, 30-line video slot machine game called “Casablanca”, based on the 1942 Hollywood film drama of the same name.

The version developed for commercial casino markets – known in the U.S. as “Class III” venues – is for machines making use of local area progressive links for their jackpots. Casablanca is featured on the Empire MPX, Everi’s newest gaming cabinet, the firm said.

Dean Ehrlich, Everi’s executive vice president and games business leader, said in a statement contained in the company’s press release that the new product was a “significant step forward” in the company’s “overall product roadmap strategy”.

The game was launched in partnership with Warner Bros Consumer Products Inc, a company of Warner Bros Entertainment Inc, a media conglomerate based in Burbank, California.

Everi has been developing its slot business in partnership with others. In October last year, slot machine and lottery equipment maker International Game Technology Plc said it had reached a “patent cross-licensing agreement” with a subsidiary of Everi.

The Everi group saw its net loss for the three months to March 31 narrow year-on-year. Such loss was US$3.5 million, compared to US$13.2 million in the prior-year period.

Macau’s casino gross gaming revenue (GGR) for the first five days of February is estimated at MOP1.9 billion (US$235.1 million) – or MOP380 million per day – a level that suggests a “45... END_OF_DOCUMENT_TOKEN_TO_BE_REPLACED