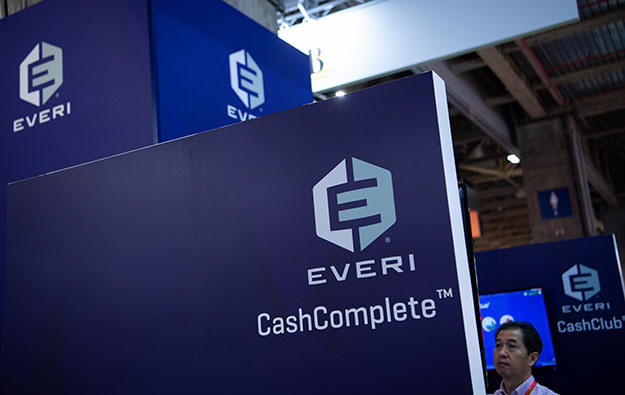 Everi Holdings Inc, a specialist in cash handling technology and electronic game content for the casino industry, says it raised net proceeds of approximately US$123 million, following the completion of an underwritten public offering of 10 million shares in the company at a public offering price of US$11.25 apiece.

The net proceeds were calculated after underwriting discounts but before estimated offering expenses payable by the company, the firm said in a recent written announcement.

As part of the exercise, Everi also granted the underwriters a 30-day option to purchase up to an additional 1.5 million shares of the company’s common stock at the public offering price, “which the underwriters exercised in full,” it said.

In its release, Everi said it intended to use the net proceeds from the offering to “refinance a portion of its existing indebtedness in one or more transactions, which may include the repayment of certain outstanding borrowings under the company’s existing term loan facility and/or the redemption and/or repurchase of a portion of its outstanding 7.50-percent senior unsecured notes due 2025”.

“Pending the deployment of the net proceeds for such refinancing transactions, the company may invest the net proceeds in short-term, interest-bearing, investment-grade securities,” the firm added.

In a separate announcement, Everi said it has completed the repricing of a senior secured term loan under a credit agreement from May 2017. The company said the amendments have reduced the applicable interest rate on the term loan, with the maturity remaining May 9, 2024.

In November Everi reported net income of US$9.3 million for the third quarter of 2019, compared with US$2.1 million a year earlier. The company said the “record” quarterly financial results were boosted by an increase in total revenue, and a decline in costs and expenses.

The verdict – and eventual sentencing – in the case involving Alvin Chau Cheok Wa (pictured in a file photo) and other defendants linked to the now-defunct Macau casino junket Suncity Group Ltd... END_OF_DOCUMENT_TOKEN_TO_BE_REPLACED