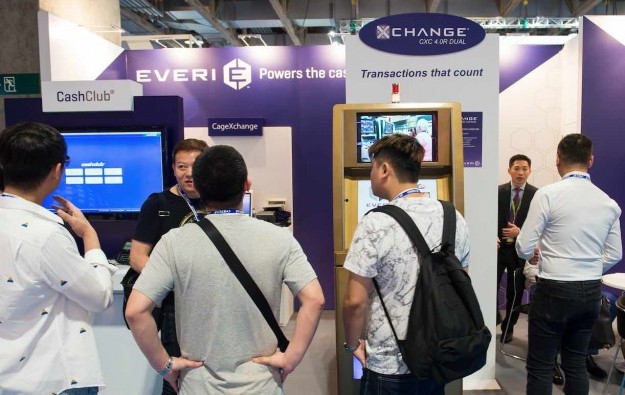 Everi Holdings Inc, a United States-based specialist in cash handling technology and electronic game content for the casino industry, reported net income of nearly US$5.5 million for the second quarter of 2019, 267 percent higher than a year earlier.

Aggregate revenues for the second quarter of 2019 increased 9.3 percent year-on-year to US$129.7 million, the firm said in a Tuesday filing to the New York Stock Exchange.

Games segment revenue was US$69.4 million for the second quarter of 2019, up 5.2 percent from the prior-year period. The fintech division reported revenue of US$60.3 million, an increase of 14.4 percent from the comparable period in 2018.

The company reported operating income of US$24.9 million for the three months to June 30, 10.2 percent higher compared to US$22.6 million a year earlier.

Adjusted earnings before interest, taxation, depreciation and amortisation (EBITDA) for the reporting period increased by US$4.6 million – or 7.7 percent year-on-year – to US$64.1 million.

In the games segment, Everi said it sold a total of 1,270 gaming units during the reporting period, an increase of 14.6 percent from the year-ago period. The sale of gaming units and other related parts and equipment generated revenues of US$23.4 million in the second quarter of 2019 compared to US$22.3 million in the prior-year period.

Revenues from gaming operations and other in the second quarter increased approximately 5.3 percent year-on-year, to what the company said was a record US$46.0 million. The growth seen in the gaming operations was however “partially offset” by an “anticipated” year-on-year decline in the average installed base during the reporting period.

“Everi’s outlook for continued growth remains very promising. The improvement in our games and expansion of our offerings to better serve our customers will help drive additional growth across both segments of our business over the balance of the year,” said Everi’s president and chief executive Michael Rumbolz in prepared remarks on the company’s latest earnings report.

Everi’s boss said the firm expected continued growth in its installed units along with increases in daily winning per unit, as well as in the fintech segment, for the second half of this year.

“As a result of the continued strength in both lines of business, we remain on track to achieve our outlook for full year adjusted EBITDA of US$252 million to US$255 million and for full year free cash flow to double compared to last year,” Mr Rumbolz said in his prepared remarks.

The Macau government announced on Tuesday tightening of its Covid-19 testing requirements for front-line casino staff, halving the interval between nucleic acid tests to every two days, from every... END_OF_DOCUMENT_TOKEN_TO_BE_REPLACED