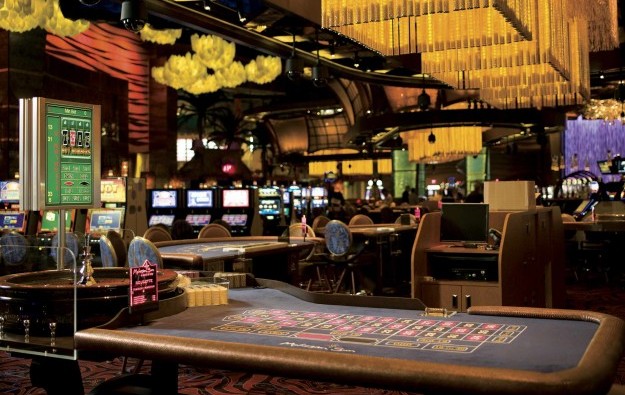 Las Vegas Sands operates casinos in Macau and one in Singapore, via subsidiaries. United States-based Mohegan Sun is planning expansion into Asia with a resort near Incheon in South Korea, and has also made a pitch to get a licence in the newly-opening Japan market.

Mohegan Sun – which currently runs a tribal venue (pictured) in Connecticut – also said in a Thursday announcement that it had appointed U.S. casino sector veteran Michael Silberling as its chief operating officer. Both new recruits will carry the title senior vice president.

The company stated the appointments meant it had filled all the managerial positions it targeted 12 months ago. Mr Smock took up his post last Monday and Mr Silberling begins work on Monday (October 8).

The statement quoted chief executive officer Mario Kontomerkos as saying: “The background and experience Michael Silberling and Tom Smock bring to their new roles is directly aligned with Mohegan Gaming and Entertainment’s goal to become the premier global gaming and entertainment resort developer and operator.

“We have assembled one of the best management teams in the industry, and with these key leadership positions now filled, we are shifting forward to aggressively and innovatively grow our product offering and our organisation in both domestic and international markets.”

Mr Silberling has more than 30 years of experience of running casino-resorts in the United States and abroad. Before joining Mohegan Sun, as the company is also known as, he was chief executive of Affinity Gaming, international operations president of Caesars Entertainment and managing director of London Clubs International.

Mr Smock has more than 20 years of experience as an executive of and in-house general counsel for gaming companies such as Aristocrat Technologies and Penn National Gaming, gaining some of that experience in Macau, mainland China and South America. Before joining Mohegan Sun, he was general counsel for all the Las Vegas Sands Corp companies in Asia.

Mohegan Sun is looking to establish a toehold in Asia and is building a casino resort next to Incheon International Airport. The venue, to be called Inspire, involves Mohegan Sun spending US$1.6 billion on the first phase, which is due to open in 2021.

The company expects to have the financing for the development settled by the year’s end, with the project’s “pre-development and related financing on track”, according to Mohegan Sun’s chief financial officer, Drew Kelly.

Most of Macau’s casino operators are likely to generate positive free cash flow in the first quarter, given the robust recovery level of mass-market gross gaming revenue (GGR) in January, relative... END_OF_DOCUMENT_TOKEN_TO_BE_REPLACED