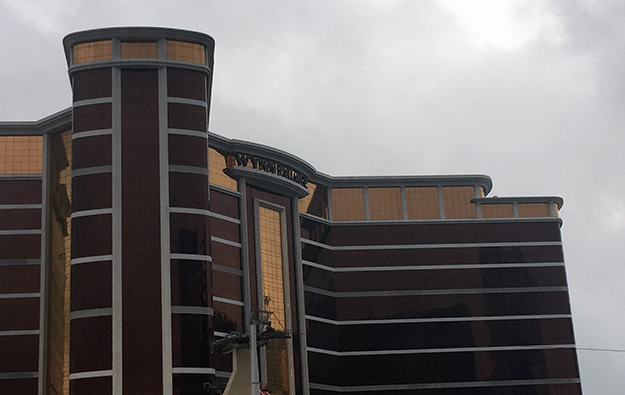 A senior executive at casino operator Wynn Macau Ltd declined on Monday to be drawn on specifics regarding the number of new-to-market tables it had asked the Macau government to permit at its new US$4.2-billion Wynn Palace resort on Cotai.

“I think when Wynn Palace opens, we can make the official announcement [of the number of gaming tables],” said Linda Chen, an executive director and the chief operating officer of Wynn Macau, quoted by public broadcaster TDM.

The resort is due to launch on August 22.

Ms Chen was speaking on the sidelines of a company event – the Local Small- and Medium-Sized Enterprises Procurement Partnership Program.

Macau casino operators are subject to a cap imposed by the city’s government regarding the number of new-to-market tables. The cap, which is in place until the end of 2022, was imposed in January 2013 at a time when demand for gambling was running hot among Chinese customers, and the mere introduction of fresh table capacity was enough to expand gaming revenue and the size of the market.

The table cap aims to limit the increase in live dealer table numbers to 3 percent compound annual expansion until the end of 2022, from a base of 5,485 tables recorded at the end of the fourth quarter in 2012.

Union Gaming Securities Asia Ltd analyst Grant Govertsen said in a note in November, the brokerage expected all the major new Cotai schemes to get 250 new-to-market tables each.

Since the launch of China’s anti-corruption campaign by President Xi Jinping in 2012, a number of investment analysts have noted that the Macau story has changed from one of table capacity; to effective use of existing resources, including existing table inventory. In that context, analysts have noted that some Macau casino operators with new venues opening on Cotai have the option of moving tables – and some staff – from existing local operations to the new properties.

Fitch Ratings Inc said in a May note: “Fitch’s stronger confidence in Wynn Palace takes into account Wynn Resorts’ ability to transfer underutilised resources to Cotai from [the Wynn Macau casino hotel in the] peninsula including approximately 50 tables and US$100 million of annualised labour costs.”

Ms Chen reaffirmed to local media on Monday that there would be about 8,000 people employed at Wynn Palace, and a portion of what had been the Wynn Macau staff establishment would be shifted to Wynn Palace.

“Wynn Macau dealers could choose to switch to Wynn Palace for work and be in priority. We might recruit externally [outside of the company] only when necessary,” she noted.

Regarding other potential efficiency measures, Ms Chen said the company offers training opportunities for some casino games dealers that are interested in taking up non-gaming positions.

Wynn Palace will have a 1,700-room hotel. The provisional opening date for the property had been put back several times.

The Macau government has given no indication on the number of new-to-market gaming tables that will be granted to Wynn Palace.

Paradise Co Ltd, an operator of foreigner-only casinos in South Korea, reported casino revenue of nearly KRW48.65 billion (US$39.8 million) for January 2023, according to a Thursday filing to the... END_OF_DOCUMENT_TOKEN_TO_BE_REPLACED