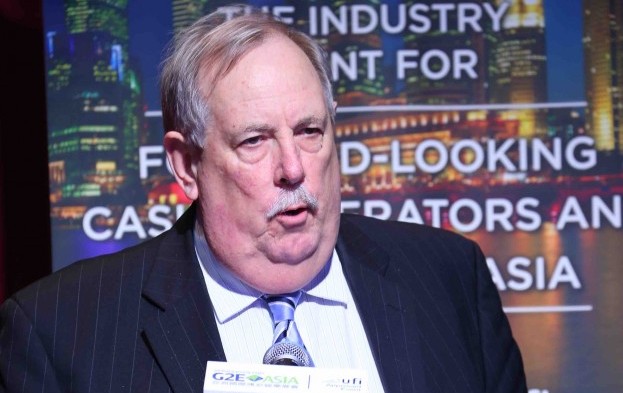 Macau already has the regulatory tools to allow the government to revisit the issue of how it monitors and controls the city’s casino junket business, said one of its former advisers on gaming regulation.

David Green (pictured), a lawyer and former gaming regulator in Australia, was speaking on the sidelines of a press event on Tuesday previewing the Global Gaming Expo Asia 2016 casino industry trade show and conference, which will take place in Macau in May.

Paulo Martins Chan, a former assistant public prosecutor-general in Macau who became head of the city’s casino regulator, the Gaming Inspection and Coordination Bureau on December 1, mentioned at the time of his official appointment the need for an “improved legal framework” for the industry. On January 13 he told public broadcaster Rádio Macau that there would be stricter requirements regarding the suitability and financial situation of the city’s junket operators.

Mr Chan’s comments came against a background of increased scrutiny by the Chinese authorities of high stakes gambling by mainland players in Macau and of cross border money transfers between Macau and the mainland.

He stated: “You don’t simply write new law for the sake of it. I think what you really should look at is your existing suite of tools and the approach that’s being taken to regulation.”

Under Administrative Regulation No.6/2002, plus amendments under Administrative Regulation No.27/2009, the Macau authorities are able to check the “suitability” of an applicant seeking licensing as a gaming promoter in the Macau market – a role covering third party promotion of VIP gaming rooms in the city’s casinos, including the issuance of credit for gambling, and commonly referred to as that of a “junket operator”.

The regulator also requires applicants to provide an official copy of their criminal conviction history.

Mr Green noted: “When the regulation for junkets was formed in 2002, it was to provide for what we might call some co-regulation. This provided for a relatively low barrier to entry for junkets, recognising that there were already a lot of people employed in the industry who were working diligently to try and lift their game.”

Mr Green stated: “There are different views on what ‘suitability’ means around the world. Macau has taken a position on what ‘suitability’ means and has supported that by saying ‘We’re not letting [casino] operators off the hook here. They’re obliged to do their own inquiries, their own investigations, and contract with third parties in the way they would in any normal commercial situation’.”

The lawyer was asked if it were likely that Macau would move toward the sort of regulatory model seen in Nevada in the United States, where only the house – and not a junket promoter – is allowed to issue credit to VIP players, or that in Singapore, where International Market Agents – the local term for junket promoters – are allowed to issue credit, but must pass an intensive series of background checks.

Mr Green said: “This [Macau] is not the sort of environment that will lend itself to the sort of regulation that works in Singapore. Because the public interest here [in Macau] is quite different from the public interest in Singapore. Singapore legalised gaming against a backdrop of considerable community opposition. That opposition has never been present in Macau. This [gaming] has been a tool for [Macau] employment and it has been for many many years.”

He added: “We need to recognise that those different starting points are going to result in different end points when it comes to regulation. I think Macau has a unique model that has served Macau well to date, but I think it’s now appropriate to revisit some of the precepts of that regulation.”

The imminent return of package tours from mainland China will not only help boost Macau’s tourism businesses, but is also expected to help casinos gain more foot traffic in their mass gaming... END_OF_DOCUMENT_TOKEN_TO_BE_REPLACED