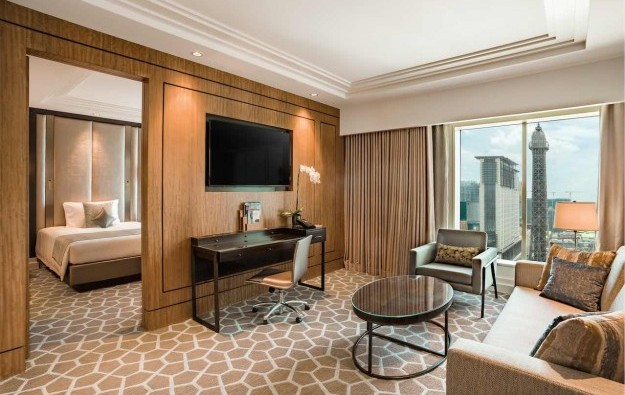 A circa 12-percent increase in Macau hotel supply over the “next six to 12 months” could have a negative impact on revenue per available room in the market, says a note from Japanese brokerage Nomura. The assessment is based on the institution’s surveyed hotel rates for that market.

Revenue per available room – or “RevPAR” – is calculated based on total room revenue divided by the total number of available rooms, according to STR Inc, a research company that tracks supply and demand data for several market sectors, including the global hotel industry.

Nomura stated in its Tuesday memo looking at third-quarter demand in Macau and for selected Las Vegas hotel operators: “Based on the official [Macau] government tourism data, second-quarter RevPAR was up modestly (1.4 percent year-on-year) despite declining 3.7 percent in June.”

The institution added: “While year-over-year RevPAR trends appear to be basing [bottoming out], supported by positive year-on-year visitation, we are concerned about the potential negative impact of another approximately 12 percent supply lift over the next six to 12 months.”

The average nightly cost of a Macau hotel room during the first six months this year was MOP1,249.60 (US$155.09), according to the Macau Hotel Association. That represented a fall of 3.5 percent from the prior-year period.

In the first half 2017, the tally of Macau visitor arrivals rose 5.4 percent year-on-year, while the total number of overnight visitors increased 13.0 percent, according to the city’s Statistics and Census Service.

“Despite positive ‘seasonal’ growth in month-on-month pricing, sequential rate momentum in our Macau survey is generally negative through October, which could be a function of sluggish weekday leisure demand as the market absorbs recent supply growth,” stated Nomura.

The number of Macau guest rooms as of June 30 – the most recent data available from the statistics bureau – stood at 37,000, a year-on-year increase of 13.9 percent. They are serving an annual aggregate tourist market comprising circa 30 million arrivals.

As of the end of June, Las Vegas had 148,433 hotel rooms serving an annual aggregate market of approximately 43 million arrivals according to the Las Vegas Convention and Visitors Authority.

Brokerage CLSA Ltd said in a July report on outbound tourism from mainland China, that hotel capacity in Macau remained “woefully short” given the tally of annual arrivals to the city.

Brokerage Sanford C. Bernstein Ltd noted in a June report that Macau’s hotel room inventory was to have grown by circa 6,400 units between 2016 and 2018, which it said represented a 9 percent compound annual growth rate, or a 28 percent cumulative increase.

This July saw the launch of the Macau Roosevelt Hotel – a casino hotel in the Taipa district that relies on the gaming licence of SJM Holdings Ltd. The venue offers 368 guest rooms.

Grand Lisboa Palace – SJM Holdings’ first foray into the Cotai market – will feature approximately 2,000 hotel rooms and suites according to its promoter SJM Holdings’ 2016 annual report filed in late April. The venue is likely to open in the second half of 2018, said the firm’s chief executive earlier this month.

Macau casino operator MGM China Holdings Ltd had a “record” market share in January, and its venues were the “highest-earning businesses” in the portfolio of the majority owner MGM Resorts... END_OF_DOCUMENT_TOKEN_TO_BE_REPLACED