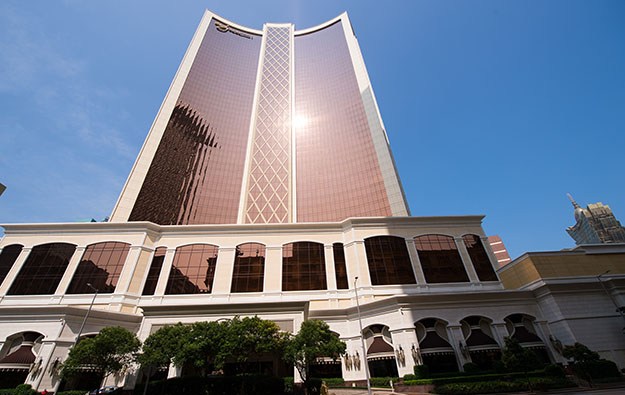 The group said that the first-quarter balance sheet this year had benefited from the absence of a one-off settlement of US$463.6 million in the same quarter last year in order to settle a dispute with Aruze USA Inc and Japan’s Universal Entertainment, regarding the 2012 cancellation of a stake in Wynn Resorts.

Wynn Resorts said that group-wide operating revenues in the first three months of 2019 – for Macau and Las Vegas – were US$1.65 billion, down 3.7 percent from the US$1.72 billion reported in the first quarter last year. There was a higher rate of deterioration in the Las Vegas market than the Macau one, based on that indicator.

The parent breaks down its financial reports according to the properties it controls, which includes two casino resorts in Macau; Wynn Macau on the Macau peninsula and Wynn Palace in Cotai, as well as Wynn Las Vegas in Nevada in the U.S.

Encore Boston Harbor, a new US$2.6-billion property in the U.S. state of Massachusetts, was recently given licensing go-ahead by regulators there, but is yet to launch.

Wynn Resorts told Nasdaq that adjusted earnings before interest, tax, depreciation and amortisation (EBITDA) at the Wynn Macau property (pictured) fell US$45.9 million– a 21.9 percent shrinkage in year-on-year terms – to just under US$163.9 million. At Wynn Palace such adjusted EBITDA grew by US$10.7 million to nearly US$222.6 million the first quarter of 2018, a 5-percent improvement.

In the important VIP segment, turnover for the three months to March 31 plummeted by 40.3 percent in year-on-year terms at Wynn Macau and by 17.9 percent at Wynn Palace. Table win rates at both casino resorts improved.

Ian Coughlan, president of Wynn Macau Ltd, said on the parent’s earnings conference call that revamp work at the Wynn Macau venue downtown had been a factor affecting quarterly earnings. “We have anywhere from 80 to 100 rooms out at any given time in Encore [Macau] and we’re getting them back progressively.”

VIP table games win as a percentage of turnover was 2.90 percent, which was within the expected range of 2.7 percent to 3.0 percent, but above the 2.61 percent experienced in the first quarter of last year.

At the Wynn Palace, table games turnover from VIP operations was just over US$12.6 billion, falling from just under US$15.4 billion for the first quarter of last year. VIP table games win as a percentage of turnover was 3.91 percent, above the 2.60 percent experienced in the prior quarter.

They added: “This was driven by share losses in every segment… which in our view was primarily due to its outsized exposure to high-end segments (not just VIP, but also within mass/slots’ sub-segments) rather than property-specific issue.”

Matt Maddox, president and chief executive of Wynn Resorts said on the group’s earnings conference call on Thursday: “We definitely lost some share in premium mass and the premium mass business around town [Macau] was down.”

He added: “Core mass … was up over 13 percent [year-on-year] but that was not enough for us to keep up our share in the market.”

Overall operating revenue slid by 15.3 percent at the Wynn Macau property, a US$94.4-million fall to US$523.9 million in the quarter ended March 31.

Wynn Palace saw a US$60.8-million growth in operating revenue, about 9.1 percent, to US$726.6 million from the US$665.8 million reported in the first quarter last year.

In Macau, Wynn Resorts owns about 72 percent of Wynn Macau Ltd, which includes the operations of the Wynn Palace and Wynn Macau casino resorts.

The decision by the Macau government to grant fresh 10-year licences to each of the city’s six incumbent casino operators has been welcome by top management at those firms. Each of the concessions... END_OF_DOCUMENT_TOKEN_TO_BE_REPLACED