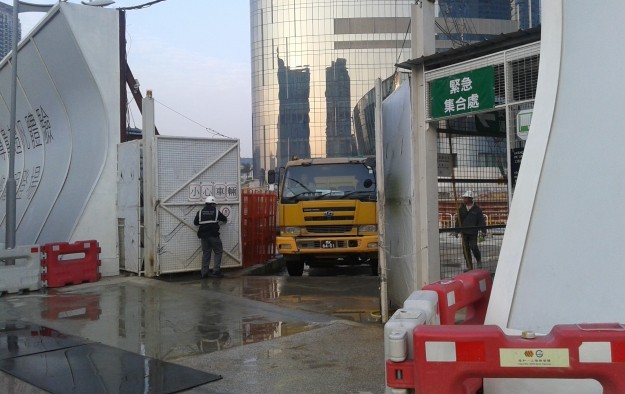 A fatal accident on Tuesday at a construction site in the grounds of the City of Dreams Macau casino resort (pictured) will not delay ongoing extension works, a spokeswoman for the venue operator Melco Crown Entertainment Ltd told GGRAsia.

The Macau government on Tuesday ordered a contractor at City of Dreams Macau “to immediately suspend the use of all lifting appliances” following the incident on Tuesday morning.

Maggie Ma, head of corporate communications for Melco Crown, told GGRAsia by email: “We are aware that the contractor is closely working with the local authority for the investigation. The temporary suspension of construction will not affect the progress [of work].”

City of Dreams Macau currently has two extensions under way. One is an expansion of the retail arcade, covering 17,000 square metres (182,986 sq. feet) in gross floor area. The company has previously said in statements that it is due to open in 2016.

The accident involved a piece of lifting equipment and a 29-year-old local worker, according to a statement from the city’s Labour Affairs Bureau. Both are said to have fallen 10 metres from a second floor location. The accident was at the retail extension, according to local media reports.

The statement on Tuesday by the Labour Affairs Bureau following the accident, added: “The Bureau has also requested an examination of the lifting procedures and equipment at the site. The Bureau will continue to investigate the cause of the accident, and to pursue the legal responsibilities of relevant parties.”

The second project on the site is the creation of a fifth hotel tower, which is due to be ready in 2017.

The imminent return of package tours from mainland China will not only help boost Macau’s tourism businesses, but is also expected to help casinos gain more foot traffic in their mass gaming... END_OF_DOCUMENT_TOKEN_TO_BE_REPLACED