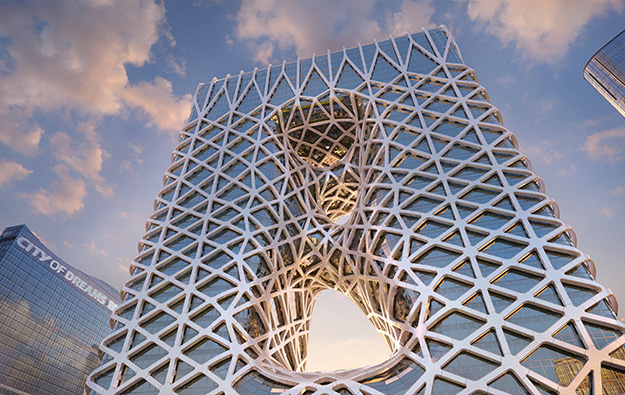 The Macau government has ordered suspension of construction work at Morpheus, Melco Resorts and Entertainment Ltd’s fifth hotel tower in the City of Dreams casino complex, following a fatal accident on Friday.

A 33-year-old worker from mainland China died after being hit by a steel beam, according to the Chinese-language channel of Radio Macau. The man was working at the site’s 30th floor when the beam – which was being moved at a level 10 metres (33 feet) above him – fell, causing the fatal injury, added the report.

The Macau government said in a Friday statement: “The Labour Affairs Bureau has issued the immediate suspension of all works at the construction site, in order to protect the safety of other workers; and ordered the contractor immediately to review the current occupational health and safety procedures [at the site]… and submit a detailed report of investigation.”

The statement added the contractor “can only resume work after receiving approval from the Labour Affairs Bureau”. The statement gave no indication of how long that might take.

A Melco Resorts’ April release said that Morpheus (pictured in an artist’s rendering) – a facility that will have gaming, and was designed by the late Dame Zaha Hadid – was scheduled to open in April 2018.

This was the latest in a number of fatal work accidents recently at casino construction sites in Macau. The Macau government ordered last month the suspension of construction work at SJM Holdings Ltd’s new Cotai casino resort Grand Lisboa Palace following a fatal accident on June 18.

Angela Leong On Kei, an executive director of SJM Holdings, over the weekend confirmed to reporters that work was still suspended. Ms Leong said she did not know when they might restart, adding it was dependent on the government issuing a positive report on a review of safety improvements introduced at the construction site.

Following a number of serious work accidents recently at construction sites in Macau – involving non-gaming projects as well as casinos – the Labour Affairs Bureau performed on Saturday snap inspections on a total of 74 construction sites in the city. As a result, work was partially or completely suspended at 20 sites, pending introduction of improved work safety measures, the bureau said in a release. The document did not mention if any of the sites affected by the measure included gaming-related projects.

MGM China Holdings Ltd, which is currently completing its MGM Cotai property in the city, confirmed on Monday afternoon in response to an enquiry from GGRAsia: “There is not any order of suspension at our MGM Cotai site.”

A Macau court was offered evidence on Monday, including of recordings from police-wiretapped telephone conversation, that the prosecution says proves the direct involvement of Levo Chan Weng Lin... END_OF_DOCUMENT_TOKEN_TO_BE_REPLACED