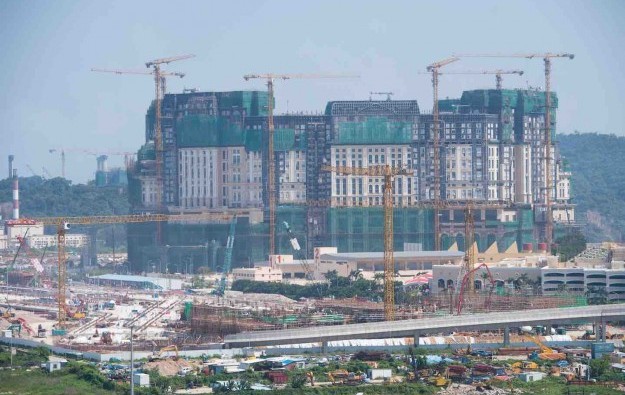 A 47-year-old worker from mainland China died after falling 10 metres (33 feet) at the construction site, according to a statement by the city’s Labour Affairs Bureau (DSAL).

The government department said in a Sunday statement: “The Labour Affairs Bureau has issued a suspension order to the contractor, in order to protect the safety of other workers; and ordered the contractor to fully implement effective measures that improve occupational safety… and submit a report of investigation.”

The statement added the contractor “can only resume work after receiving approval from the Labour Affairs Bureau”. The statement gave no indication of how long that might take.

The bureau’s press release added that its preliminary investigation suggested that necessary fencing had not been set up at the location where the worker fell. Local Chinese-language newspaper Macao Daily News reported that the victim had sustained serious head injuries and died in hospital.

It is not the first fatal accident at the Grand Lisboa Palace construction site. A worker lost his life in September 2016 when he was struck by a falling glass curtain wall. After that incident, the labour bureau ordered a period of suspension for construction work involving lifting equipment.

SJM Holdings’ chief executive, Ambrose So Shu Fai, said in May this year that the firm hoped the construction of the Grand Lisboa Palace would finish in February 2018. He forecast that the HKD36-billion (US$4.63 billion) project would open in the second half of 2018.

Angela Leong On Kei, an executive director of SJM Holdings, told GGRAsia in an interview last year that the project would add approximately 2,000 hotel rooms to the local market. She added that a prominent feature of casino operations would be VIP play.

Most of Macau’s casino operators are likely to generate positive free cash flow in the first quarter, given the robust recovery level of mass-market gross gaming revenue (GGR) in January, relative... END_OF_DOCUMENT_TOKEN_TO_BE_REPLACED