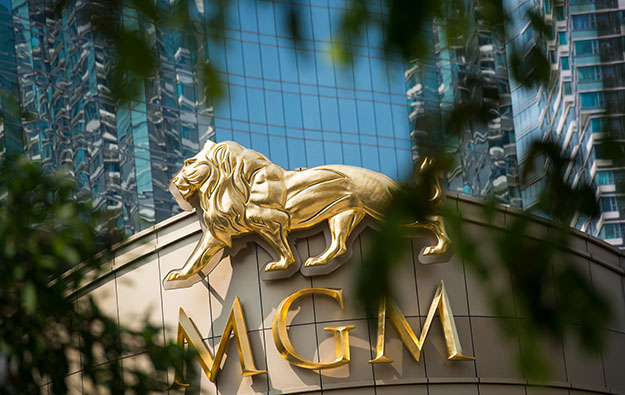 United States-based casino group MGM Resorts International says it has appointed its chief operating officer, Corey Sanders, to the post of chief financial officer (CFO), putting him in charge of a group-wide plan to transform its finances. MGM Resorts said Mr Sanders would lead the finance team and remain in charge of information technology, enterprise analytics, sales, and consumer marketing.

Mr Sanders’ move was necessary after Dan D’Arrigo opted to resign as CFO and from the board of MGM China Holdings Ltd, the subsidiary that runs casinos in Macau.

MGM Resorts International has said it wants to build a casino resort in Japan, and would prefer the Japanese urban prefecture of Osaka as the location.

Thursday’s announcement from MGM Resorts said its president, Bill Hornbuckle, would replace Mr Sanders as chief operating officer. Mr Hornbuckle will be in charge of operations at the company’s portfolio of 29 hotel and gaming developments, of casino marketing, design and development, human resources and entertainment.

The transition is likely to be smooth, according to a note from Deutsche Bank Securities Inc, although the changes reinforced the perception that the organisation faced challenges in the near-to-medium term, said analysts Carlo Santarelli and Steven Pizzella.

“Given [that] both Mr Sanders and Mr Hornbuckle have been long-time members of the MGM team and are both well-known by the investment community, we see the transition as being somewhat seamless from an investor-facing perspective,” the bank’s research note said.

“While we believe Mr D’Arrigo’s departure was voluntary, as noted in the release, we think his departure speaks to the times, which we believe are, and are likely to remain, for the near to medium term, challenging,” the report added.

On Wednesday, the brokerage reaffirmed its hold rating on MGM Resorts’ stock. MGM China’s parent recorded net revenues of US$3.05 billion for the three months ended December 31, compared with nearly US$2.60 billion in the fourth quarter of 2017. Group-wide casino revenue increased 21.1 percent year-on-year, to US$1.56 billion.

MGM China reported fourth-quarter revenue of HKD5.38 billion (US$685.1 million), up 33.2 percent from the prior-year period, the firm said in a statement to the Hong Kong Stock Exchange on February 14.

Thursday’s announcement quoted MGM Resorts chairman and chief executive Jim Murren as saying of Mr Sanders: “Corey’s expertise and intimate knowledge of both the operational and financial structures of MGM Resorts make him uniquely positioned to integrate those operational and financial activities in order to drive efficiency and execute our strategic priorities. The priorities include maximising the performance of our premier properties and driving consolidated free cash flow growth.”

The MGM 2020 plan is a company-wide initiative to centralise management to improve profitability. The company said investments in technology would create a foundation for a “digital transformation to drive long-term revenue growth”.

Mr D’Arrigo will stay on for another month to help manage the transition.

A Macau court was offered evidence on Monday, including of recordings from police-wiretapped telephone conversation, that the prosecution says proves the direct involvement of Levo Chan Weng Lin... END_OF_DOCUMENT_TOKEN_TO_BE_REPLACED