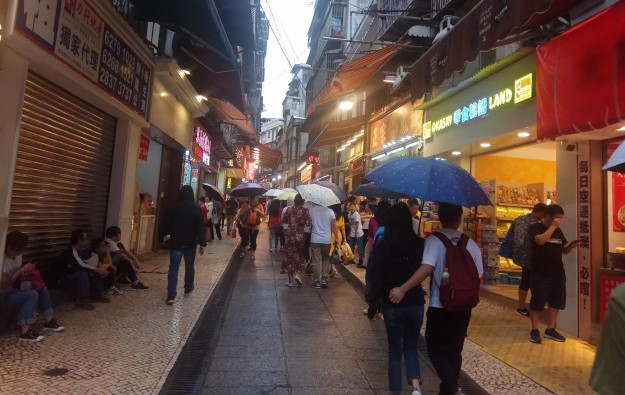 The volume of visitors to Macau during the first three days of the four-day Labour Day holiday increased year-on-year by 37.0 percent, said the city’s tourism promotion body.

The comparison was with the 2018 Labour Day holiday, which was officially only three days in total, and ran from April 29 to May 1 that year, noted the Macao Government Tourism Office (MGTO).

Visitor arrivals during the first three days of the Labour Day Holiday this year reached 531,503. Of that tally, 436,679 were visitors from the mainland, an increase of 42.7 percent.

MGTO said in a Sunday press statement: “With the May 1st Labour Day holiday extended to span four days (May 1st to 4th) in mainland China, more mainland residents were enticed to travel during the mentioned period…”

It added, referring to a major piece of new regional infrastructure opened in October, that “the Hong Kong-Zhuhai-Macao Bridge now in operation, led to a considerable year-on-year increase in total visitor arrivals to Macau”.

MGTO said that – based on data from local hospitality operators – the city’s hotel occupancy rate was approximately 96.2 percent during the Labour Day holiday, a year-on-year rise of 1.9 percentage point.

The average room rate in commercial hospitality establishments – hotels and guest houses – was approximately MOP1,882.20 (US$232.95), an increase of about 16.7 percent year-on-year, showed the official data. The tourism bureau said that currently the hotel room stock in Macau amounted to 40,162 units.

MGTO said in its update on the Labour Day break that it conducted a series of inspections at major ports of entry and tourist attractions from May 1 to May 4 for any signs of what it termed “irregularities”. The tally of checks included four done with Public Security Police officers and Labour Affairs Bureau staff.

The tourism bureau said those checks “did not discover any sign of irregularities involving unlicensed tour guides”. That had previously been flagged as having been a problem in Macau and Hong Kong subsequent to the opening of the Hong Kong-Zhuhai-Macau Bridge.

The tourism bureau did say however that four local tour guides were found to have failed to carry their licence with them. It added that “sanction procedures will ensue”.