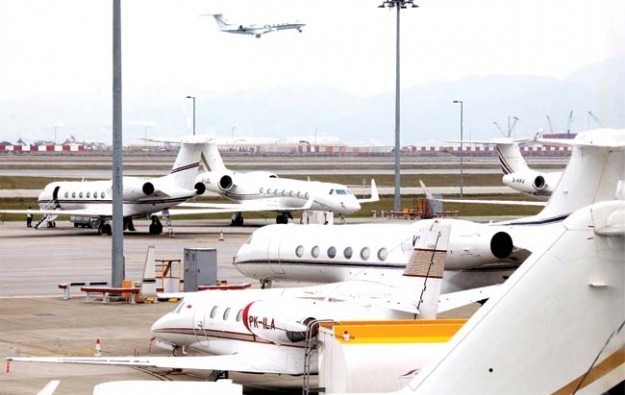 U.S.-based casino operator Caesars Entertainment Corp wants to build what one of its executives calls “the world’s first fly-in integrated resort” next to Manila International Airport (pictured) in the Philippines.

Steven Tight, president, international development for Caesars, said the firm is willing to spend US$1 billion on the project.

He told GGRAsia: “What I think is most exciting about the opportunity is to create what I suppose would be the world’s first ‘fly in’ integrated [gaming] resort, where you could fly your plane right onto the property and have access directly to the resort, without having to deal with the traffic and other complications of Manila itself.”

He said the firm envisioned private aircraft being able to fly in to the property, which would be on land – to be leased for the purpose – next to the airport and partly controlled by the airport authority.

The resort would be aimed at VIPs and premium mass players, with an element of non-gaming targeted at locals, Mr Tight said.

Asked if VIPs might be able to fly in and visit the high roller areas of the proposed resort without clearing the airport’s immigration channels, Mr Tight told us: “That would be a discussion we would have to have in the future with the authorities.”

He added: “I assume there would be some form of customs clearance through the airport for private plane usage, or the airport might open a customs clearing station on the [casino] property. That’s something we would have to discuss further.”

McCarran International Airport in Las Vegas has slot machines airside, but only for outbound passengers that have cleared immigration and customs.

Schiphol Amsterdam Airport in the Netherlands, has a casino run by that country’s monopoly operator Holland Casino in a publicly accessible area. Schiphol conducts security screening at the aircraft gate for passengers travelling to countries not covered by the European Union’s Schengen Agreement, according to the airport’s website. That means passengers and non-passengers can mingle freely in the majority of the airport’s facilities.

Mr Tight said of the Manila land that Caesars is targeting: “It’s not currently part of the airport. I think it [the site] has been used in the past as an hotel. There’s a lot of open space. So there’s no airport usage of it right now.”

He explained: “…we’re looking also to create an overall non-gaming experience for the locals to try and reinvigorate the area around the airport.”

The long-term debt of Caesars’ consolidated business reached US$24.2 billion at the end of June, up from US$20.9 billion in December, according to industry analysts.

Asked if the corporate debt load would be a barrier to a Manila project, Mr Tight said: “Not at all.”

He explained: “We have now created a new entity, Caesars Growth Partners [LLC], that may be the vehicle for investing in the project. They [the entity] certainly have adequate resources and a very strong balance sheet.”

On October 17, Caesars and its subsidiary Caesars Entertainment Operating Co Inc (CEOC) said they would begin talks with bank creditors in order to revise part of the casino operator’s debt.

Asked if a local listing on the Philippine Stock Exchange might be possible to help fund a project, the executive said it was “too early” to assess such an option.

“I would assume it [funding] would be project financing that you might typically find in our industry,” he stated.

The casino proposal was made by Gary Loveman, chairman of Caesars, and Mr Tight, in a private meeting with Philippine president Benigno Aquino in the U.S. in September. The airport is also known as Ninoy Aquino International Airport, in memory of the current president’s father.

“President Aquino asked his cabinet to evaluate the proposal and come back to him with their recommendation. That’s what we are now awaiting,” Mr Tight told us.

Bloomberg News earlier reported that Cristino Naguiat, chairman of the local casino regulator, the Philippine Amusement and Gaming Corp, had confirmed the talks. The media outlet added that Pagcor hadn’t issued any new casino licences during President Aquino’s term, which started in 2010.

Philippines media on Wednesday additionally reported Mr Naguiat saying that the minimum capital required from any additional casino operators seeking a licence in Manila might be increased to US$1.5 billion from US$1 billion.

“We have to give credit to those who took the risk earlier,” Mr Naguiat said, according to the business news portal InterAksyon.com. It was reportedly a reference to Pagcor’s existing four private sector licensees in Entertainment City, a nascent strip of casino resorts at Manila Bay.

Another private sector development, Resorts World Manila – a casino resort that is a joint venture of Genting Hong Kong Ltd and local firm Alliance Global Group Inc, sits across the road from Manila International Airport, but has no direct pedestrian link to it. Customers must make a U-shaped taxi journey of several kilometres from the airport. It can take 30 minutes or more, depending on the traffic.

The imminent return of package tours from mainland China will not only help boost Macau’s tourism businesses, but is also expected to help casinos gain more foot traffic in their mass gaming... END_OF_DOCUMENT_TOKEN_TO_BE_REPLACED