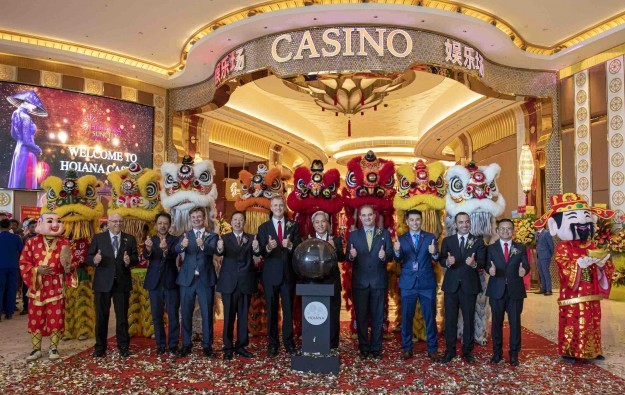 Suncity Group Holdings Ltd, a firm controlled by Macau junket boss Alvin Chau Cheok Wa, said in a Monday email in reply to GGRAsia, that a “few hundred guests” who were “foreign passport holders” had been invited to a preview that started on Sunday for Hoiana, a casino resort on Vietnam’s central coast. The Suncity entity has a 34-percent indirect holding in the scheme.

The company confirmed that those invited had attended in person, and that the preview began at 2.28pm local time on Sunday.

Suncity Group Holdings had clarified to GGRAsia last week that as flights had “not resumed yet” to Vietnam due to the Covid-19 global health crisis, the “target audience” for the preview was to be “the local expat[riate] community in Vietnam”.

Hoiana is not one of the casino properties taking part in a Vietnam government pilot scheme to allow locals to gamble. The Suncity brand is running the gaming at Hoiana. A gaming licence for the project runs until the year 2080.

A press release sent on Monday regarding the Hoiana preview reiterated the official opening of the scheme would be next year.

According to the website of the Vietnam National Administration of Tourism, all passenger flights to Vietnam on all airlines were suspended from April 1.

The website added that since February 1, all flights to and from mainland China on all airlines had been indefinitely suspended by the Civil Aviation Administration of Vietnam.

Vietnam Airlines for its part announced it would suspend all its two-way international flights from March 25 until further notice.

The imminent return of package tours from mainland China will not only help boost Macau’s tourism businesses, but is also expected to help casinos gain more foot traffic in their mass gaming... END_OF_DOCUMENT_TOKEN_TO_BE_REPLACED