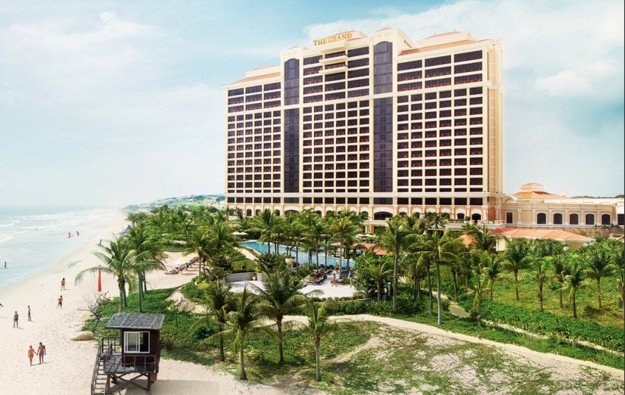 The chairman of the company that controls The Grand Ho Tram casino resort (pictured), in Vietnam, has urged the country’s government to ensure an equitable treatment to foreign investors.

In an opinion article published in several Vietnamese media over the last seven days, the executive chairman of Asian Coast Development (Canada) Ltd, Michael Kelly, wrote: “As Vietnam considers regulatory changes in the tourism, hospitality and gaming sectors, I strongly urge the government to continue to maintain its commitment to a level playing field that provides equal opportunities to foreign and domestic investors alike.”

He added: “Equitable treatment and a stable regulatory environment are critical to drawing in greater foreign investment support for the tourism industry, and further integrating Vietnam into regional and global tourism networks.”

In his opinion article, Mr Kelly described the Ho Tram project as “the largest tourism and American private investment project” in Vietnam. He said the project stood “as a beacon to others of how the Vietnamese government views and treats its biggest foreign investors and supporters.”

Mr Kelly additionally stated he felt “strongly encouraged by the support [Ho Tram had] received from the central government and provincial authorities”.

He added: “In the coming years, I fully expect that tourism will reach the government’s ambitious goal and contribute over 10 percent to the country’s economy.”

In September, Vietnam’s Thanh Nien newspaper – citing an official at the Ministry of Finance that it didn’t identify – reported that the latest version of a national draft decree on gaming, prepared by the country’s central government, proposed keeping in place a ban on locals entering casinos in Vietnam. Industry observers had expected the new rules could eventually allow Vietnamese nationals to gamble in the country’s casinos.

Management at The Grand Ho Tram had told GGRAsia in an October 2014 interview that the property hoped to be part of a pilot programme for locals to gamble, possibly via the use of an entry levy for locals or some other economic test.

Commenting on the September news reports, Union Gaming Securities Asia Ltd said at the time that Vietnam appeared – in the latest reported version of the draft decree to regulate casinos – to be taking a stance that was not especially welcoming to casino investors.

“The draft decree… appears to maintain a rather onerous taxation environment,” analyst Grant Govertsen wrote at the time.

Union Gaming had previously noted in January – following the re-election of Vietnam’s Communist Party general secretary, Nguyen Phu Trong, for another five-year term – that the news was “a negative for gaming expansion” in the country.

The Grand Ho Tram casino resort was designed by casino architect Paul Steelman, and opened in July 2013. The project is part of the Ho Tram Strip scheme, promoted by Asian Coast Development.

The firm was able to secure a 50-year lease on a 164-hectare (405-acre) beachside plot in Ba Ria-Vung Tau province, 120 kilometres (75 miles) southeast of Ho Chi Minh City, to implement the scheme.

In October last year, the resort opened The Bluffs, an 18-hole golf course designed by Greg Norman, one of modern professional golf’s most famous players. In May this year, Asian Coast Development signed a memorandum of understanding with local developer Cotec Construction Joint Stock Co to build a “US$75-million expansion” to The Grand Ho Tram.

Last month, it was reported that Vietnam’s Ba Ria-Vung Tau province had agreed a location for Asian Coast Development to build an airport. The facility – to be located in Loc An Commune in Dat Do District – will have services from larger airports in Vietnam, in order to bring in tourists to The Grand Ho Tram.

According to a September statement, international investors – including New York City-based hedge fund Harbinger Capital Partners LLC, founded by Philip Falcone – have “over US$1 billion in deployed and committed capital” in The Grand Ho Tram.

Macau’s casino gross gaming revenue (GGR) for the first five days of February is estimated at MOP1.9 billion (US$235.1 million) – or MOP380 million per day – a level that suggests a “45... END_OF_DOCUMENT_TOKEN_TO_BE_REPLACED