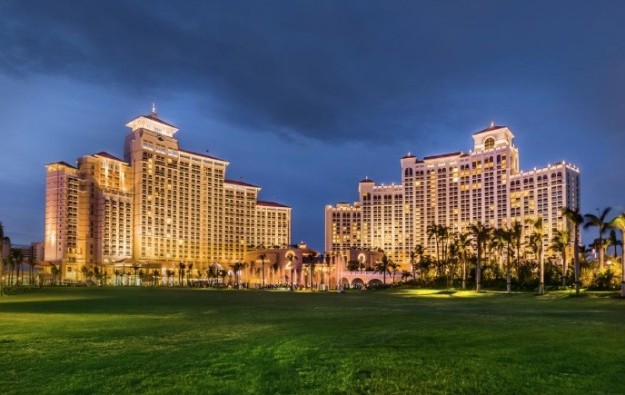 A company called BML Properties Ltd, led by businessman Sarkis Izmirlian, has filed a US$2.25 billion lawsuit alleging a “massive fraud” by the Chinese contractor of the Baha Mar casino resort in the Caribbean archipelago of the Bahamas, according to media reports. The property (pictured) opened in April with a new owner, after years of delays.

The lawsuit – filed in state court in Manhattan, in the United States on Tuesday – accuses China Construction America Inc (CCA) of running “a self-enrichment scheme” that led to delays in the opening of the Baha Mar casino resort, reported Reuters news agency. CCA is a subsidiary of Chinese state-backed China State Construction Engineering Corp Ltd.

Baha Mar Ltd, a fully owned subsidiary of BML Properties, filed for Chapter 11 bankruptcy protection in a Delaware court in the U.S. on June 29, 2015 claiming it faced debts of US$2.7 billion. But the Commonwealth of the Bahamas Supreme Court rejected an application seeking approval for the recognition on the bankruptcy orders issued by a judge in the United States, prompting the local government to search for a solution for the stalled project.

In the lawsuit filed on Tuesday, BML Properties claims that CCA submitted hundreds of millions of U.S. dollars in fake expense bills, understaffed the project and used it as a training ground for inexperienced workers, reported Bloomberg News.

“The scheme was based on CCA’s efforts to falsely create the appearance that it was working toward an on time and on budget opening in December 2014 while knowingly and fraudulently concealing its real intent not to construct the project on time and on budget and in the process extort more money than it earned and was due,” the lawsuit said, as quoted in media reports.

The claim additionally said that BML Properties lost its entire US$845 million equity investment in the project, as well as its right to the future benefits of running the casino resort.

Baha Mar features more than 2,300 rooms, under the brands of Grand Hyatt, SLS Hotels and Rosewood. It also features a casino, a convention centre, a golf course, restaurants and shopping, according to Baha Mar’s website.

Singapore has the potential to be a “top choice” for Chinese outbound travellers, once the country reopens and eases travel restrictions associated with the Covid-19 pandemic, suggested... END_OF_DOCUMENT_TOKEN_TO_BE_REPLACED