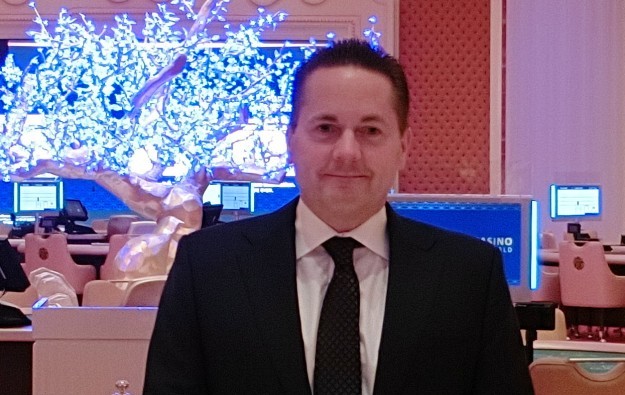 United States-based tribal casino operator Mohegan Gaming and Entertainment confirmed in a Wednesday press release that it had appointed Christian Block (pictured) as the firm’s “regional president”, responsible for the company’s operations in South Korea and in the Canadian city of Niagara Falls, Ontario.

Mr Block most recently served as executive vice president for casino at Landing Entertainment Korea Co Ltd, a subsidiary of Hong Kong-listed casino investor Landing International Development Ltd. He left the group between “late 2018 and January”, according to an April statement from Landing International to GGRAsia.

A LinkedIn page in the name of Mr Block already indicated in April that the casino executive was then working as “regional president” for Mohegan Gaming. The company is one of the investors in a new casino resort – dubbed Project Inspire – at Incheon, near South Korea’s capital Seoul.

“Along with his support for these important international investments, Block will ensure the day-to-day compliance and regulatory controls are met,” added the document. Mr Block is described as having more than 30 years of global gaming and integrated resort experience, via senior positions in the United States, Europe, and the Middle East as well as Asia.

The US$5-billion Project Inspire is being developed in stages. The first stage is scheduled to open in late 2021, according to Mohegan Gaming. It will feature a three-tower hotel, shops, a foreigner-only casino and entertainment amenities “including a 15,000-seat indoor arena and outdoor performance space”.

The president and chief executive of Mohegan Gaming, Mario Kontomerkos, said in May that “all necessary construction permits and approvals” for the group’s first foray into Asia had been received.

On Wednesday, Mohegan Gaming said additionally that it would take over the casino operations of Fallsview Casino Resort and Casino Niagara in the city of Niagara Falls. The company will also be responsible for the operation of the under-construction 5,000-seat Niagara Entertainment Center.

International casino operator Las Vegas Sands Corp has been ranked as the most sustainable firm in the global casino sector, according to the 2023 edition of the S&P Global Sustainability... END_OF_DOCUMENT_TOKEN_TO_BE_REPLACED