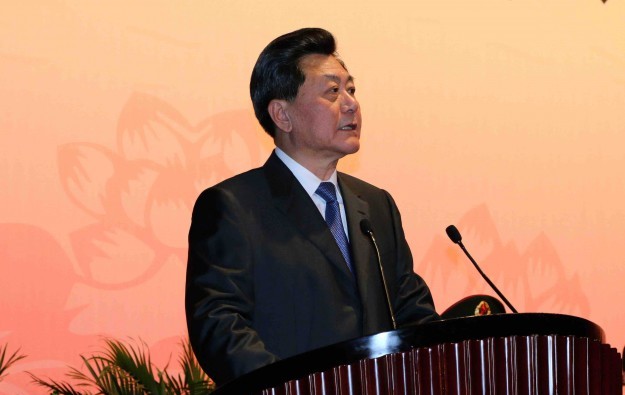 Li Gang (pictured), a former director of the Chinese central government’s Liaison Office in Macau, has been placed on a year’s probation for “serious violations of [Communist] Party discipline,” said a report from Xinhua, a Chinese state news agency.

The report gave no detail on the nature of the allegations, or where they allegedly occurred. Mentions of “serious violations of party discipline” are typically regarded by commentators on Chinese politics as a reference to allegations of graft.

The news was carried by Xinhua following a statement issued after a Monday meeting of the Communist Party of China Central Commission for Discipline Inspection.

Mr Li stepped down as director of the Central People’s Government Liaison Office in Macau on June 30 last year. At the time, another official at the Liaison Office told Portuguese news agency Lusa that Mr Li’s departure was “not for any wrongdoing”.

Since then, Mr Li had moved on to other high office. But he was removed as deputy head of the State Council’s Overseas Chinese Affairs Office on August 22, state media had reported.

Mr Li had assumed the post of director of the Liaison Office in Macau in early 2013. He spent more than three years in that post, during which period Macau’s economy contracted amid a fall in gaming revenues.

Mr Li was deputy director of the central government’s Liaison Office in Hong Kong for nine years from 2003.

A September report from brokerage Sanford C. Bernstein and Co LLC suggested that anti-corruption activity by the Chinese government had “escalated significantly in recent months” and “could have implications on premium spend,” including VIP gambling in Macau.

The imminent return of package tours from mainland China will not only help boost Macau’s tourism businesses, but is also expected to help casinos gain more foot traffic in their mass gaming... END_OF_DOCUMENT_TOKEN_TO_BE_REPLACED