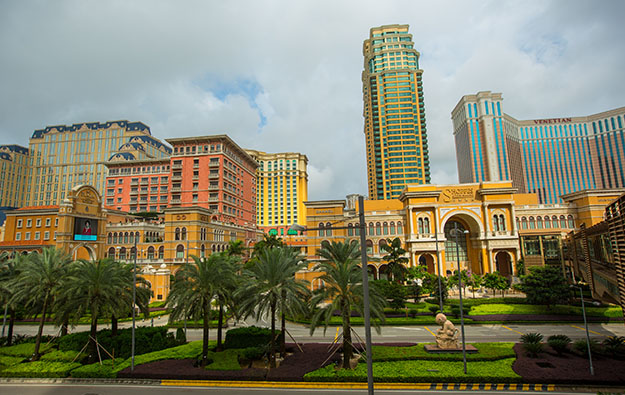 Las Vegas Sands Corp, the parent company of Macau casino operator Sands China Ltd, says that the “grand suites” at its Four Seasons Macao complex (pictured) are expected to open in the second quarter this year. The news was part of a presentation deck published a fortnight ago with the group’s first-quarter earnings results.

The disclosure confirmed that the extension will contain about 290 suites, ranging in size from 2,000 square feet (186 sq metres) to 4,700 square feet. The company said it had invested US$375 million in the project up to March 31, with an additional US$75 million planned this year to complete the revamp.

The project, previously identified by the company as Four Seasons Tower Suites Macao, refers to a tower next to the Four Seasons Macao hotel. The tower had originally been earmarked by the group for facilities including condominiums available for sale, but will now instead be solely upmarket hotel accommodation.

In previous commentary to GGRAsia, Sands China’s management had said that the firm had already had a “soft opening” of the Four Seasons suites for “testing guests’ feedback”. What was termed the grand opening of the new accommodation was now scheduled for the three months ending June 30, according to April’s presentation deck.

GGRAsia approached Sands China regarding an expected date for the opening of the new suites but received no reply before this story went online. Las Vegas Sands’ presentation mentioned the “suite simulations” were “ongoing”.

The Four Seasons Macao revamp is part of the group’s US$2.2 billion investment plan to renovate some of its Cotai infrastructure. The majority of the planned investment – US$1.35 billion – will be for revamping and converting the Sands Cotai Central complex into the Londoner Macao.

The parent company announced in April that it was suspending its quarterly dividend programme due to the impact of the Covid-19 pandemic. The group nonetheless said that it would “continue previously-announced capital expenditure programmes in both Macau and Singapore”.