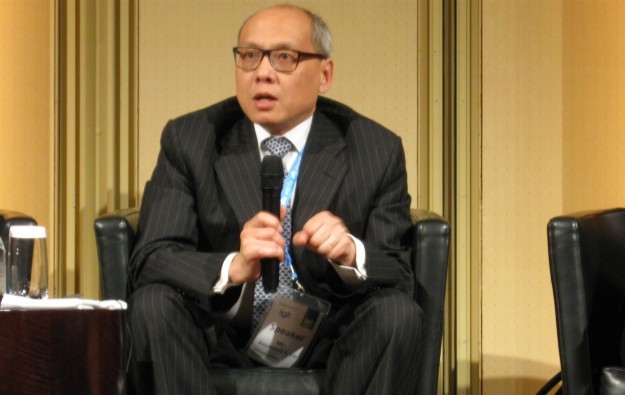 It’s unlikely that Japanese companies or outside investors would finance a multi-billion U.S. dollar casino resort in that country solely via their corporate balance sheet, suggested a lawyer specialising in capital market transactions and speaking during the Japan Gaming Congress in Tokyo.

Gaming industry analysts are now starting to recalibrate potential returns on invested capital for Japanese casinos – possibly to 10 to 15 percent rather than the 20 percent hoped for by some operators. But even that level would potentially be extremely attractive to Japanese firms, following two decades of economic stagnation.

Mr Lin told a session on the integrated resort business model moderated by Andrew Gellatly of Gambling Compliance: “While you can finance using your own balance sheet, that involves a lot of risk. That means putting all of your capital at risk.

“Typically IRs [integrated resorts] are financed on a project finance basis. The only capital at risk is the capital invested in that particular project. And most developers don’t want to put all of their eggs in one basket,” he said.

“That’s why there’s only a limited amount of capital that people are willing to put into one project. They would like to spread that risk by especially the use of loans and other products.”

Figures of up to US$10 billion have been mentioned as the price tag for a single integrated resort in Japan. That would be around double the cost of the most expensive single project so far in Macau, and would beat even the US$8.5 billion cost of MGM Resorts International’s CityCenter project in Las Vegas, which was launched in 2009 into the worst U.S. recession in 80 years and still weighs on that company’s balance sheet.

Mr Lin said that creating expectation of high returns on major capital projects can create issues not only for investors, but also with governments.

He stated: “The moment you get to assume that a project is wildly profitable, my experience has been that regulators come in and say ‘Oh, this is going to be so profitable, we’ll layer ‘this’ on to achieve ‘that’ goal, and it will cost them just a little bit more to do that’.

“Then you end up with a project that has so many additions to the regulatory layer and creates so many additional costs for the operator, that they [the investor] will not be at the level of profitability you would expect. That’s what we have to worry about.”

The Earth Tower, the second tower of the Sheraton Grand Macao hotel at the Londoner Macao casino resort on Cotai, is to be used to isolate people already confirmed with Covid-19 infection, the Macau... END_OF_DOCUMENT_TOKEN_TO_BE_REPLACED