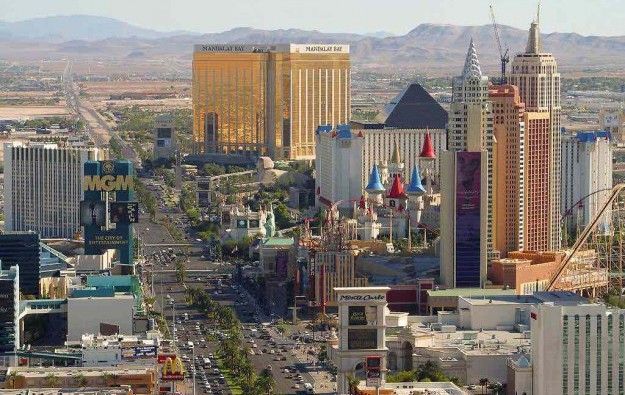 The organisers of G2E said in a statement on Monday, the start of the conference portion of the event – held at Sands Expo and Convention Center just off the Las Vegas Strip – that they were “closely monitoring the horrific events that took place in Las Vegas”.

He added: “The AGA and Reed Exhibitions will be in constant contact with local and national law enforcement and our host, Las Vegas Sands. We will closely monitor the situation and safety remains our priority.”

According to local authorities, a 64-year-old Nevada resident, named as Stephen Paddock, opened fire from the 32nd floor of the Mandalay Bay Hotel towards an open-air music festival on Sunday attended by about 22,000 people.

At least 59 people have been confirmed killed and another 527 injured in the mass shooting. The death toll from the incident could possibly go up, said Clark County coroner John Fudenberg in a press conference on Monday afternoon, according to media reports.

The attacker reportedly killed himself as police stormed his room. Several guns were found in the room.

Many hotels on the Las Vegas strip close to the scene were placed on police lockdown and parts of Las Vegas Boulevard were shut. Mandalay Bay, the MGM Grand and the Tropicana remained on lockdown until Monday morning, when security personnel lifted all access restrictions and allowed guests to return to their rooms, reported the Las Vegas Review-Journal.

The owner of the Mandalay Bay Hotel, casino operator MGM Resorts International, said on Sunday evening: “This evening there was a tragic active shooter situation at the south end of the Las Vegas Strip. Law enforcement and emergency personnel responded quickly to the incident and secured the scene. Law enforcement requested that we put hotels in the vicinity on lockdown to ensure guest safety.”

The G2E 2017 trade show takes place at Sands Expo at the Venetian Las Vegas, from October 3 to 5, with the conference portion of the event running from October 2 to 5. The event is organised jointly by AGA and Reed Exhibitions.

Macau mass-market casino gross gaming revenue (GGR) for the recent Chinese New Year (CNY) holidays could have recovered to at least 60 percent of that for the 2019 break, when the festivities were in... END_OF_DOCUMENT_TOKEN_TO_BE_REPLACED