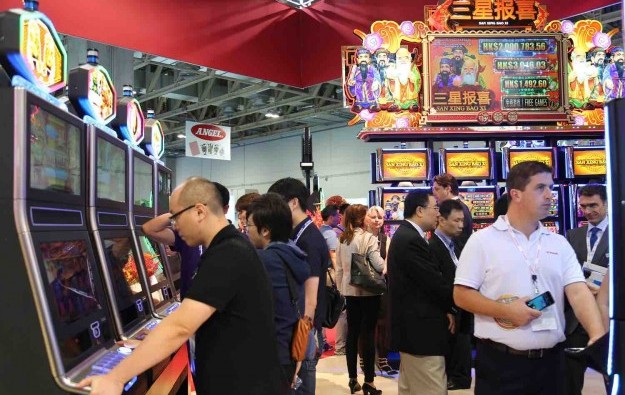 The final attendance numbers for Global Gaming Expo (G2E) Asia 2015 are not yet in, but the overall figure is expected to go up compared with the 2014 edition, says Josephine Lee, senior vice president of co-organiser Reed Exhibitions Greater China.

Last year’s edition attracted more than 8,200 visitors, according to Reed Exhibitions. A total of 160 exhibitors took part in the 2014 event.

G2E Asia – featuring a trade show and a conference, both focused on the gaming industry – is co-organised by Reed Exhibitions and the American Gaming Association. This year’s edition took place between Tuesday and Thursday at the Venetian Macao.

Ms Lee added: “We received a lot of positive feedback from the exhibitors and a lot of them felt the quality of the visitors went up.”

The ongoing gross gaming revenue (GGR) slump in Macau did not impact attendance, according to Ms Lee. GGR in Macau fell 38.8 percent year-on-year in April to approximately MOP19.17 billion (US$2.40 billion), show official data. It extended to 11 months the year-on-year decline in the city’s monthly casino revenue tally.

“Before the show started, we already knew the result would be good because we had been receiving a lot of new visitors pre-registering for the show, some from new countries, all the way to South Africa and Iran,” she said.

G2E Asia 2015 had about 180 exhibitors. According to Ms Lee, around 90 percent have already confirmed their presence in next year’s edition, to take place between May 17 and 19, 2016, again at Venetian Macao.

“The re-booking looks extremely positive… What we see is that there will be a tremendous growth in the iGaming sector plus in some new supporting services for the gaming industry,” she said.

G2E Asia in Macau for good

At the G2E Asia 2015 trade show, one of the new features was the Macau International Clubbing Show. Organised by the Monaco International Clubbing Show (also known as MICS), it was designed to link casino resort operators in Macau and other parts of Asia with firms in the club and bar industry in mature markets in the West and in popular regional entertainment centres.

Ms Lee admitted attendance to that particular segment of the show was somewhat soft. She added that next year the Macau International Clubbing Show would be spinned off as an individual event, running one day after G2E Asia 2016.

“The clubbing part is a new idea. It will take time,” Ms Lee stated. “Looking at the current market situation, there is not much nightlife offering in Macau.”

One thing that is not changing is G2E Asia’s base. Despite prior rumours that the event could be moved to other locations in Asia, Ms Lee said it would continue in Macau.

“Maybe there were talks like that a couple of years ago,” she said. “Now, we are very sure – it is just too important having this platform in Macau. Macau is the biggest gaming revenue generator in the world… and we have already established the entire infrastructure [in Macau].”

“There are talks, which are now very preliminary,” she said.

Ms Lee added: “Macau would always be the anchor for our most important event in Asia for the gaming industry. There might be activities, almost like pop-up events, depending on the market situation, in other countries. But it will not be with [G2E Asia’s] scale or format – it will be a different format, offering more intimate, more highly interactive networking opportunity.”

Macau recorded 965 “gaming-related” crimes in full-year 2022, down 29.7 percent on the 1,372 identified in the previous year, according to the latest statistics published on Tuesday by... END_OF_DOCUMENT_TOKEN_TO_BE_REPLACED