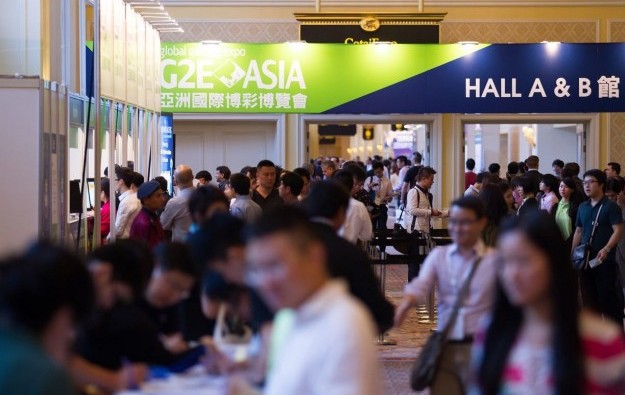 All the major suppliers to the Asia-Pacific casino industry will be represented on the show floor, said Reed Exhibitions. The doors to the exhibition open to the public at 11am on Tuesday.

Reed Exhibitions stated that a total 180 exhibitors have been confirmed for G2E Asia 2016, a 12 percent increase on last year’s show. More than 40 percent of this year’s exhibitors are newcomers to the event, added the co-organiser.

The event is celebrating this year its 10th edition. According to the organisers, the exhibition portion of G2E Asia has tripled in floor size since the first show: the 2016 edition will cover more than 9,200 square meters (99,028 sq feet) of exhibition space. The organisers expect 12,000 visitors to G2E Asia 2016.

The number of pre-registered conference delegates – as of last week – had increased by 17 percent year-on-year, to approximately 300, stated Reed Exhibitions.

On Wednesday at 2.30pm during the conference, Paulo Martins Chan, director of Macau’s casino regulator, the Gaming Inspection and Coordination Bureau, is to speak on the topic “Transformation in Changing Conditions”.

Market wide in Macau, casino gross gaming revenue in 2015 declined 34.3 percent compared to the previous year, according to official data.

In March, Mr Chan said – in an interview with the Portuguese-language channel of public broadcaster Radio Macau – that he expected casino GGR for full year 2016 to fall “about 10 percent” compared to the previous year.

Reed Exhibitions stated at a press conference in January – previewing this year’s G2E Asia 2016 – that some of the new features for the event would seek to address the regional casino industry’s shift from an emphasis on VIP business to one of serving mass-market customers.

Returning elements at the 2016 expo include what Reed Exhibitions describes as a “highly targeted” business matching service.

The iGaming Zone, for suppliers of online gaming products and services, will also be back. Reed Exhibitions said there would be double the number of exhibitors this year, with half of the exhibitors being new to the event.

The Macau Pavilion, first introduced at the 2014 edition, will also be there this year, highlighting gaming and entertainment offers in the host city.

The imminent return of package tours from mainland China will not only help boost Macau’s tourism businesses, but is also expected to help casinos gain more foot traffic in their mass gaming... END_OF_DOCUMENT_TOKEN_TO_BE_REPLACED