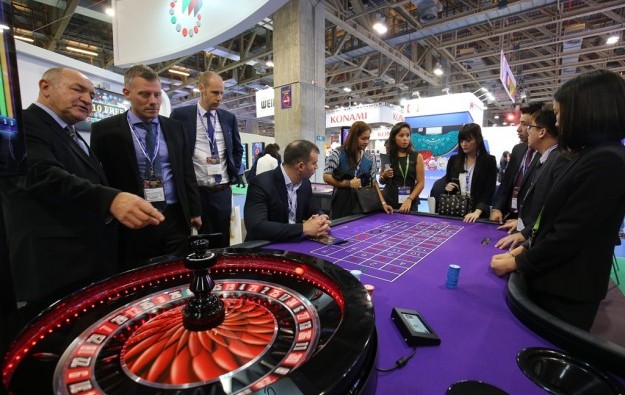 Visitor attendance for this year’s edition of Global Gaming Expo (G2E) Asia was the highest ever in the 10-year history of the event, according to figures from the organisers.

“G2E Asia welcomed a total of 10,984 visitors from 83 countries and regions,” the organisers stated in a release on Friday.

The preliminary numbers indicate this year’s edition of G2E Asia was the largest ever, measured by attendance. The previous attendance record had been set last year, when the event attracted 10,095 visitors, according to the organisers.

They added in their Friday statement: “Among the attendees, were more than 950 serious buyers and decision makers with purchasing power. This incredible representation of VIPs is a 43 percent increase from 2015.”

G2E Asia is an annual casino industry trade show and conference held in Macau. It made its debut at Macau Tower Convention and Entertainment Centre in 2007.

The three-day event, organised by the American Gaming Association and Reed Exhibitions, has been taking place at the Venetian Macao since 2008.

Talking to GGRAsia at the end of G2E Asia 2016, Josephine Lee, executive vice president of Reed Exhibitions Greater China, had already mentioned the organisers were “very happy with the results” of the trade show and conference. She highlighted at the time both the “quantity and the quality” of visitors to the event, saying many were decision-making buyers from casinos across Asia.

It is likely that Macau will shortly have a third round of citywide centre-based Covid-19 testing in little more than a week, after the results so far of a second mass test – that was due to finish... END_OF_DOCUMENT_TOKEN_TO_BE_REPLACED