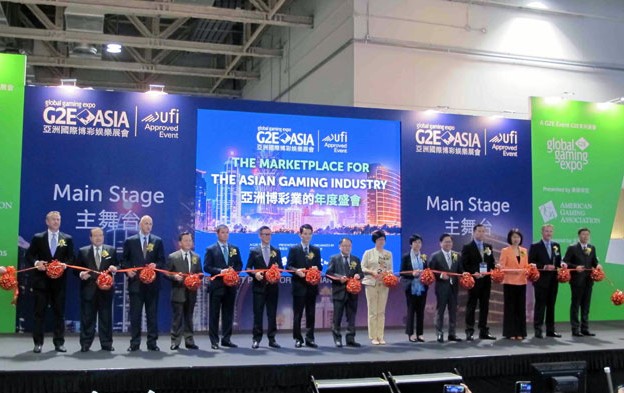 G2E Asia, an event focused on the Asian casino gaming industry, is co-organised by Reed Exhibitions and the American Gaming Association. The organisers had stated previously they aimed to welcome a total of 12,000 visitors – including on-the-day registrations – to G2E Asia 2017.

“This edition of G2E Asia is the biggest showcase of Asian gaming we have ever had and several records were set,” said Mr Hu.

The 2017 edition features newly added exhibition segments and networking events, which the organisers said will help “bring people together to exchange views and explore cooperation opportunities”.

G2E Asia will be introducing this year the “Parts and Components Pavilion”, which will highlight the latest developments in parts and components for manufacturers of electronic gaming machines. The new pavilion aims to help Asian market operators “source unique and innovative parts, components and features that will appeal to the Asian casino gaming customer,” said the organisers.

Another new feature for the 2017 edition is live updates, broadcast on-site, of the 10 products most frequently scanned by show visitors via the QR code reader available on the event’s smartphone app.

There will also be, for the first time, a networking event called “Future Technology Leaders’ Get-Together”, which will convene more than 120 technology executives from casino resorts, gaming suppliers and government “to exchange ideas and discuss the application of innovative solutions for better customer engagement,” Mr Hu said in his speech.

“This is an exciting time to be in Macau … and the energy is as high as I have ever seen,” said the president and chief executive of the American Gaming Association, Geoff Freeman, during the opening ceremony.