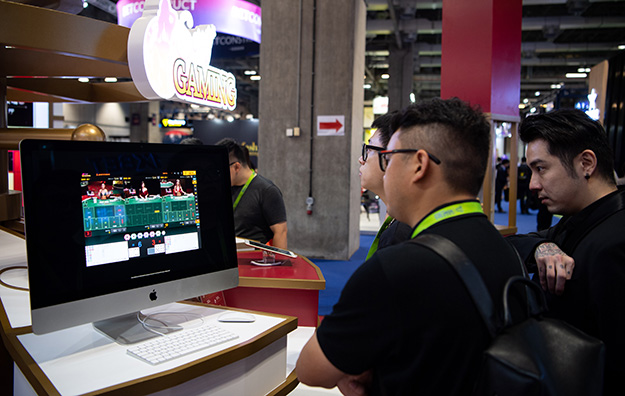 The organisers of the Global Gaming Expo (G2E) Asia trade show in Macau say they “remain committed” to “working closely” with the local regulator to restrict the promotion and marketing of “illegal online gaming products and services” at the event.

The 2019 edition of G2E Asia finished on Thursday. The annual, three-day event is held at the Venetian Macao casino resort in Macau’s Cotai district, and is promoted by Reed Exhibitions and the American Gaming Association.

This year’s show was marked by a decision from Macau’s casino regulator – the Gaming Inspection and Coordination Bureau, a body also known as DICJ – not to attend the show’s opening ceremony or to send a speaker to its conference segment, unlike in recent editions. It followed what the regulator termed suspected promotion of “illegal online gaming” at the G2E Asia 2019 exhibition floor.

Online casino gaming operations are not regulated in Macau.

According to information by the city’s Judiciary Police, at least one man was arrested on Wednesday at an “international entertainment trade show” in Macau for using the city’s logo to promote a gambling-related website as part of its exhibit at the event. The police did not directly identify G2E Asia 2019 as the place where the suspected infraction took place.

A statement emailed to GGRAsia on Thursday and described as being on behalf of G2E Asia said: “In close coordination with DICJ, G2E Asia continued to restrict the promotion and marketing activities of illegal online gaming products and services.”

The statement added: “Every scheduled exhibitor at G2E Asia 2019 has committed to not display ‘any product or service that may be categorised as a consumer-facing product related to online or mobile gaming.’”

This year G2E Asia was on two floors at the Venetian Macao.

The upper floor of the trade show (pictured) had a number of online gaming service providers, some offering so-called “turnkey solutions” for consumer-facing online gaming platforms. Some booths had notices specifying that such services were not available for use within Macau.

The Thursday statement issued in the name of G2E Asia noted: “Working closely with local regulators to stamp out illegal gambling is a hallmark of gaming operators and suppliers in Macau. We remain committed to our strong partnership with the Macau SAR authorities, in particular DICJ.”

The statement from the organisers said this year’s G2E Asia was the “largest to date”, reportedly attracting 13,500 trade visitors in the first two days of the event, up from the same period last year by 5 percent.

South Korea on Thursday said it would from June 1 resume issuing short-term tourism visas for trips to the country’s mainland, for individual visitors and groups of tourists. Permits for... END_OF_DOCUMENT_TOKEN_TO_BE_REPLACED