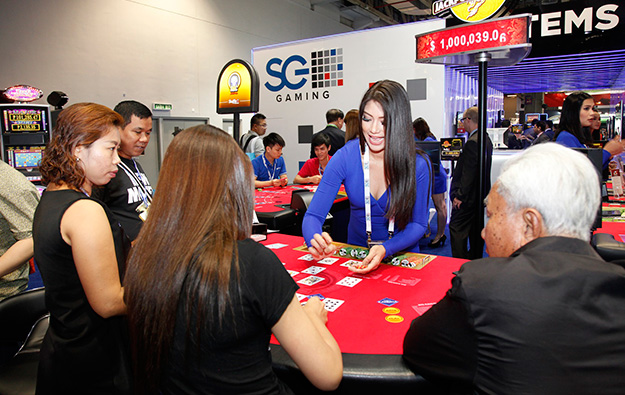 Visitor attendance for this year’s edition of Global Gaming Expo (G2E) Asia was the highest ever in the 11-year history of the event, according to preliminary figures supplied to GGRAsia by one of the event co-organisers.

G2E Asia is an annual casino industry trade show and conference held in Macau. This year’s edition took place between Tuesday and Thursday, at the Venetian Macao casino resort.

The organisers had stated previously they aimed to receive a total of 12,000 visitors – including on-the-day registrations – to G2E Asia 2017.

The preliminary numbers indicate this year’s edition of G2E Asia was the largest ever, measured by attendance. The previous record had been set last year, when the event attracted 10,984 visitors, according to the organisers.

Ms Leung told GGRAsia the organisers were “very satisfied” with the results of G2E Asia 2017.

One of the topics widely commented on by exhibitors and visitors at this year’s trade show was the increase in number of stands promoting products and services related to online gaming. Ms Leung said growth in that segment of the trade show was expected to continue in 2018.

The 11th edition of G2E Asia covered more than 28,000 square metres (301,389 sq feet) of gross exhibition space. This year’s event featured 180 exhibitors, with nearly one third being newcomers to the event, according to the organisers.

G2E Asia made its debut at Macau Tower Convention and Entertainment Centre in 2007. The three-day, annual event, organised by the American Gaming Association and Reed Exhibitions, has been taking place at the Venetian Macao since 2008.

Some Macau casinos visited by GGRAsia on Thursday, actually had tables that were closed, notwithstanding strong consumer demand during Chinese New Year (CNY). The reasons for some tables being... END_OF_DOCUMENT_TOKEN_TO_BE_REPLACED