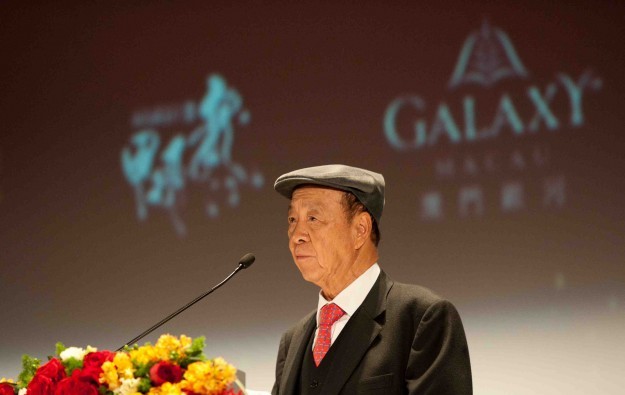 Lui Che Woo (pictured in a file photo), the chairman of Macau casino operator Galaxy Entertainment Group Ltd, says that the firm has to balance cash conservation – during the sharp downturn in business associated with Covid-19 – with maintaining enough customer service capacity to manage a recovery when it comes.

“It is important to not cut costs excessively and therefore adversely impact our ability to deliver upon customer service standards when business returns,” noted Mr Lui in comments in the firm’s interim report, filed on Friday with the Hong Kong Stock Exchange.

In an August 13 webcast, following the firm’s second-quarter results, Francis Lui Yiu Tung, the group’s vice-chairman, had said the company had reduced its daily spending by about 26 percent quarter-on-quarter, to “US$2.5 million” in the three months to June 30, compared to “about US$3.4 million” daily in the three months to March 31.

The Macau government has called on local employers, including the six gaming licensees, to maintain local employment during the pandemic crisis, which has seen the city’s gross gaming revenue (GGR) contract by 81.6 percent year-on-year in the eight months to August 31.

“At Galaxy Entertainment Group, we have tried to spread the [economic] impact of Covid-19 fairly across all team members as we prefer not to engage in redundancies,” said the chairman in the interim report.

He added the firm was “proud” that “virtually all” staff members had made “voluntary contributions” to that effort. It included the board waiving their respective director’s fees, and management participating in non-paid leave.

According to investment analysts, Galaxy Entertainment has one of the biggest cash piles among the six Macau operators.

Galaxy Entertainment said in its interim results that the group’s cash and liquid investments amounted to HKD49.8 billion (US$6.4 billion) as of June 30, with net cash of HKD43.6 billion. The group’s debt as of that date stood at HKD6.2 billion, about 40 percent higher than the HKD4.4 billion in group debt mentioned as of the end of the first quarter.

A Philippine lawmaker says public opinion on Philippine Offshore Gaming Operators (POGOs) would be an important factor when he and colleagues draft a Senate committee report on the economic and... END_OF_DOCUMENT_TOKEN_TO_BE_REPLACED