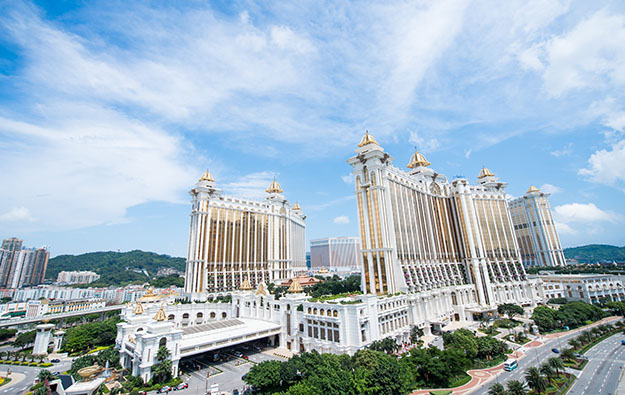 Macau casino operator Galaxy Entertainment Group Ltd on Thursday reported a profit of nearly HKD13.51 billion (US$1.72 billion) for full-year 2018, up 28.6 percent from the prior year. Last year’s profit improvement was supported by an increase in gaming revenue, according to a filing to the Hong Kong Stock Exchange.

“We continue to drive every segment of the business with a particular focus on the mass business and continue to allocate resources to their most efficient use,” said Galaxy Entertainment’s chairman Lui Che Woo in a statement included in a separate press release.

There are additionally three so-called “City Clubs” in the peninsula, operating under Galaxy Entertainment’s casino licence but managed by third parties.

Galaxy Entertainment’s Mr Lui said the company was able to report an increase in adjusted EBITDA “despite continuing competitive openings in both Macau and regionally and a number of geopolitical and economic issues that impacted consumer sentiments”.

The company said however that it experienced “bad luck in its gaming operations” during 2018, which decreased its adjusted EBITDA by approximately HKD484 million.

In the fourth quarter, “VIP GGR [gross gaming revenue] as a percentage of total GGR dropped to 55 percent (versus 58 percent in the second quarter and 56 percent for the third quarter 2018),” wrote analysts Vitaly Umansky, Eunice Lee and Kelsey Zhu in a Thursday memo.

Galaxy Entertainment’s GGR for the fourth quarter – including from the City Clubs – stood at HKD67.21 billion, up 15.9 percent from 2017. Commissions and incentives paid to third parties rose by 18.8 percent year-on-year, to approximately HKD18.21 billion, said the firm.

Galaxy Entertainment said it finished the year on a positive note, as its fourth quarter adjusted EBITDA increased by 4 percent year-on-year and 12 percent sequentially, to HKD4.3 billion. The firm said it “played lucky” in the three months to December 31, which contributed HKD77 million to its adjusted EBITDA in the fourth quarter.

The group’s net revenue increased 2 percent year-on-year, to HKD14.2 billion in the three months to December 31. Aggregate GGR for the period was HKD17.0 billion, up 2 percent from the prior-year quarter.

In Thursday’s filing, Galaxy Entertainment said it was proceeding with a HKD1.5-billion enhancement programme for two of its properties, Galaxy Macau and StarWorld Macau. “This programme not only enhances our attractiveness, but also includes preparation work for the effective future integration and connectivity of Phases 3 and 4,” said the firm.

Galaxy Entertainment has pushed back the launch date for the first portion of Phase 3 for its flagship Cotai casino resort. That will now open in 2020 rather than 2019 as previously suggested.