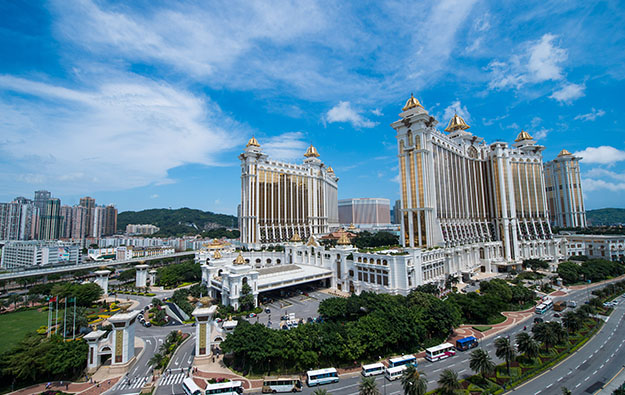 Macau casino operator Galaxy Entertainment Group Ltd says its second-quarter net revenue was down 5.4 percent year-on-year, to HKD13.17 billion (US$1.68 billion), with a “solid” performance in the mass-market segment offset by a “challenging” VIP gaming business.

Adjusted earnings before interest, taxation, depreciation and amortisation (EBITDA) for the period were flat in year-on-year terms, at HKD4.33 billion, but 8.8 percent higher from the preceding quarter, said the company in a Tuesday filing to the Hong Kong Stock Exchange.

Galaxy Entertainment however said it “played lucky” in the three months to June 30, which increased adjusted EBITDA by approximately HKD349 million. Normalised second-quarter adjusted EBITDA would have been about HKD4.0 billion, down around 11 percent year-on-year, it added.

The casino operator said net revenue for the first half of 2019 stood at HKD26.22 billion, down 6.6 percent from the prior-year period. The company reported first-half adjusted EBITDA of HKD8.32 billion, 3.8 percent less than a year earlier.

Galaxy Entertainment reported net profit attributable to shareholders of HKD6.68 billion in the first six months of 2019, down 7.3 percent from the comparable period in 2018.

Lui Che Woo, the firm’s chairman, said in a press release issued shortly after the results were posted to the stock exchange, that the dividends announced by Galaxy Entertainment demonstrated its management’s “confidence in the longer-term outlook for Macau and for the company”.

“The overall market in Macau remains relatively stable despite a decrease in VIP volumes due to increasing regional competition, ongoing trade tensions and a slowing Chinese economy,” said Mr Lui. “We continue to reallocate our resources to the highest and best use and focus on growing the higher margin mass business.”

Official data from Macau’s gaming regulator showed that market-wide VIP GGR fell 15.6 percent year-on-year in the second quarter, while the mass-market segment reported a 18.6 percent growth for the period.

“We view Galaxy Entertainment’s mass performance as respectable amidst growing competitive pressure from new(er) casinos on the Cotai East (such as Morpheus, MGM Cotai), better
than most other Cotai casinos this quarter,” brokerage JP Morgan Securities (Asia Pacific) Ltd wrote in a note commenting the casino operator’s second quarter results.

For the six months to June 30, group-wide VIP revenue at Galaxy Entertainment declined by 24.8 percent year-on-year, to HKD14.75 billion, while revenue from the mass-market segment increased by 7.8 percent to HKD14.61 billion.

Galaxy Entertainment said that Macau experienced a number of events in the first half of 2019 that impacted the city’s gaming market, “most notably in the VIP segment”. The company said these included a ban from January on tableside smoking in VIP rooms, competition from other casinos in the Asia-Pacific region, and a slowing global economy.

Company chairman Mr Lui said in the press release that the company “continued to make good progress” with the previously-announced HKD1.5-billion revamp of Galaxy Macau and the StarWorld Hotel on Macau peninsula. The company said the revamp had caused some “short term disruption” at the two properties.

The company said it was “actively pursuing” the development of a casino resort licence in Japan. “We view Japan as a great long-term growth opportunity that will complement our Macau operations and our other international expansion ambitions,” said Galaxy Entertainment in Tuesday’s filing.

Casino operator Melco Resorts and Entertainment Ltd announced on Thursday that it would launch at the end of June a new, themed zone for “family-friendly” entertainment at its majority-owned... END_OF_DOCUMENT_TOKEN_TO_BE_REPLACED