Galaxy Ent back in profit for 2021, flags special dividend 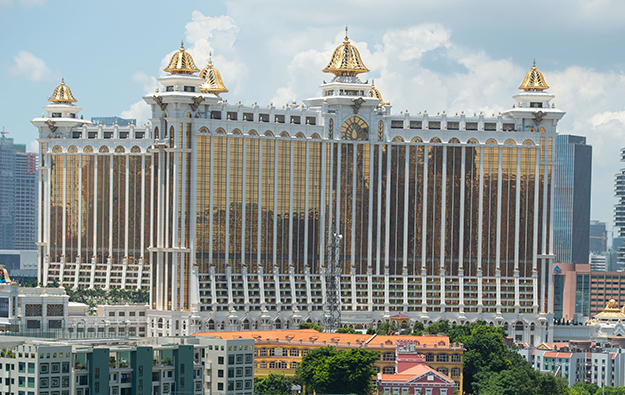 Macau casino operator Galaxy Entertainment Group Ltd moved back into profit in 2021, compared to making a large loss in 2020.

For the 12 months to December 31, it also declared a special dividend of HKD0.30 per share, payable on April 29.

The group’s gaming and entertainment segment’s adjusted earnings before interest, taxation, depreciation and amortisation (EBITDA) – including its share of results of joint ventures and associated companies – was HKD2.69 billion for full-year 2021, compared to a loss on such adjusted EBITDA amounting to HKD1.99 billion in full-year 2020.

The group runs its flagship Galaxy Macau casino resort (pictured) on Cotai, and StarWorld Hotel on Macau peninsula, as well as providing gaming licensing for three satellite venues in the city.

Lui Che Woo, founder and chairman of Galaxy Entertainment, said in a letter to investors, carried in a Wednesday press release from the firm, that the decision to pay a special dividend for the year “attests to our confidence in Macau, our financial strength and our future earnings potential”.

He stated: “The group’s net revenue, adjusted EBITDA and net profit attributable to shareholders, all improved in 2021 relative to 2020.”

He added that the company had been “encouraged” by its business performance over the recent Chinese New Year holiday.

Referring to ongoing constraints on the market due to Covid-19 countermeasures across the region, he stated regarding the festive period: “Even though visitor arrivals were less than anticipated due to travel restrictions, gaming revenue was solid, driven by premium mass; hotel occupancy was higher; and retails sales were strong. This is evidence of strong pent-up demand for tourism and leisure in Macau.”

Brokerage JP Morgan Securities (Asia Pacific) Ltd said in a Wednesday note that the news of a special dividend was a “surprise”, adding it was the “first resumption among Macau operators” of a dividend payment, and a “good gesture”.

Such policy had been suspended among the six Macau operators at varying stages during the ongoing Covid-19 pandemic crisis.

Total group revenue went up by just under 53.0 percent year-on-year, to nearly HKD19.70 billion in the year to December 31. Casino gross gaming revenue for 2021 was up 52.5 percent, at just over HKD16.8 billion. Revenue from hotel, mall operations and an “others” category rose 69.5 percent, to HKD2.66 billion.

The firm added: “Core debt remained minimal. This provides us with valuable flexibility in managing our ongoing operations and allows us to continue investing in our longer-term development plans.”

The group has been working on a Phase 3 and Phase 4 of Galaxy Macau. The chairman reiterated in his letter the management’s position it would “align the openings” of those additional facilities relative to “market conditions”.

Fourth-quarter adjusted EBITDA rose 3.3 percent year-on-year, to HKD1.04 billion. Such EBITDA was up 107.4 percent sequentially, compared to the HKD503.0-million in the third quarter.

But rolling chip volume associated with VIP play at Galaxy Macau was down 61.3 percent year-on-year in the fourth quarter, at HKD11.44 billion, from HKD29.55 billion. Judged sequentially from the third quarter, fourth-quarter rolling volume dipped 39.5 percent.

Galaxy Macau’s fourth-quarter mass-market table game drop was up 6.5 percent year-on-year, to nearly HKD7.83 billion. Sequentially from the third quarter, it was down 18.7 percent.

Full-year mass table drop at the property was up 96.9 percent, at nearly HKD29.52 billion.

Electronic gaming volume at Galaxy Macau was up 1.5 percent year-on-year in the fourth quarter, to nearly HKD3.11 billion. Sequentially from the three months to September 30, it was up 5.5 percent.